Patriots 53-Man Roster Projection 5.0: How Many Receivers Are Kept? - NESN.com Skip to content

The New England Patriots are mercifully through three-quarters of their preseason action, which means roster cuts are right around the corner.

The Patriots must trim their team from 90 players down to 53 by Aug. 31 at 4 p.m ET. They got started early when they cut punter Ryan Allen last week.

Here’s our latest look at a potential initial 53-man roster for the Patriots:

— No one knows the true meaning behind Stidham receiving second-team reps Thursday night over Brian Hoyer. But there’s a lot of logic in keeping just two quarterbacks on the 53-man roster. Stidham has been very impressive this preseason, and there’s more value in keeping a player at another position over a third QB. Perhaps the Patriots could trade Hoyer to the Indianapolis Colts?

— The Patriots are keeping all five of these running backs, and it makes sense. They had to convert wide receiver Cordarrelle Patterson to running back last season to fill the void when Michel and Burkhead went down with injuries. They don’t have that option this year. So, they’ll keep an extra body for insurance purposes.

— The most Patriots move of all time would be keeping a second fullback on the roster in Andrew Beck. The undrafted rookie hasn’t flashed much in training camp and the preseason, however.

German-born Jakob Johnson will be exempt on the practice squad this season after coming over from the international gateway program. He’s shown potential.

— If the Patriots can free up a 53rd roster spot, then they could put Maurice Harris on injured reserve to stash him until Week 9. Harris would have to be on New England’s initial 53-man roster for a day, however.

The Patriots will have an extra week to decide what to do with Kendricks, who was suspended one game Saturday. Watson is suspended four games.

Izzo is a strong blocker and OK receiver. LaCosse is decent at blocking and receiving. This isn’t a position of strength.

— Here’s our thought: The Patriots can probably put one of Dan Skipper or Cole Croston onto their practice squad to serve as their break-glass-in-case-of-emergency swing tackle. If both players get claimed, then honestly, another better player also will probably get waived Aug. 31 and the Patriots could then claim. There’s not a lot of risk in trying to slip Skipper and Croston through waivers.

If an offensive tackle gets hurt in-game, Thuney could fill in at left tackle, and Karras can play guard.

— This basically came down to Pennel vs. Deatrich Wise. Pennel hasn’t been great this summer, but he has an obvious role as a nose tackle in the Patriots’ base 3-4 defense. We’re not really sure how Wise would be used in the Patriots’ updated defense. Players like Bennett, Butler, Cowart, Guy and some of the guys listed below just fit better.

— Among injured pass rushers, we’re going with Calhoun over Rivers. Rivers’ injury seemed more severe in Week 2, and Calhoun had a better summer up to that point.

We could see New England initially cutting Munson to slip someone like Harris onto injured reserve. The Patriots then could bring him back if he clears waivers.

— Keeping 2018 second-round pick Duke Dawson would require the Patriots to roster seven cornerbacks, which we can’t see happening. So, we’re going with Crossen, the better special-teams player, over Dawson. It’s a tough choice. New England liked Crossen enough to keep him on the roster all of last season. Dawson never even played in a game.

— If Chung is suspended, it likely wouldn’t happen until next season. We wouldn’t take the risk by keeping less than five safeties, however.

— Bailey beat out Ryan Allen. That was the only question mark in this group. 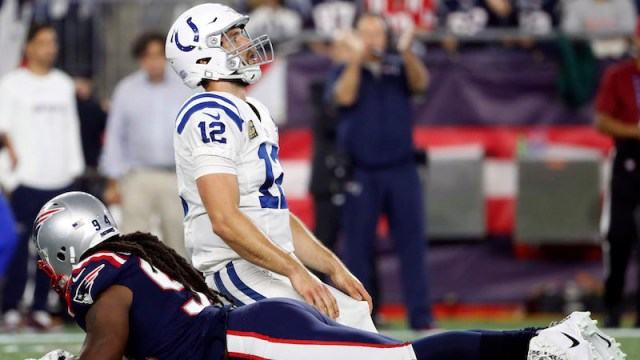 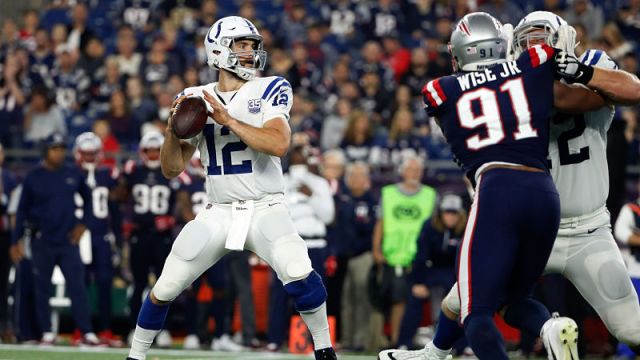