A week of fantasy football is under our proverbial belt, and now it’s time to see who is and isn’t for real.

Just because a player went off in Week 1 doesn’t mean their performance will be sustained in ensuing games, so that can make it tough to discern who you should and shouldn’t start in Week 2 and beyond.

As such, we’re sure you have plenty of questions about what to do with your lineup. That’s why we’re here.

Here are NESN.com’s starts and sits for Week 2:

STARTS
Lamar Jackson, QB, Baltimore Ravens
So it looks like Jackson might be the real deal after picking apart Miami in Week 1. Throttling the Dolphins isn’t saying much, but he will be facing the Arizona Cardinals this weekend, which means he very well could put up big numbers again.

James White, RB, New England Patriots
White always is a fantasy gamble seeing as his usage varies so much. However, he was a big part of the game plan in Week 1, and there’s no reason to believe that won’t be the case again against the Dolphins.

Alshon Jeffery, WR, Philadelphia Eagles
With such a wealth of options in the Eagles offense, it was unclear how Jeffery would fit in. Turns out, he fits in quite nicely, reeling in five catches for 49 yards and scoring a pair of touchdowns both on the ground and through the air. The Falcons’ secondary is fine enough, but Jeffery could again be a difference-maker.

T.J. Hockenson, TE, Detroit Lions
Many are bullish on Hockenson after Week 1, us included, after he grabbed six passes for 131 yards and a touchdown in a tie against the Cardinals. His nine targets show Matthew Stafford is more than willing to sling the ball the rookie’s way.

SITS
Kirk Cousins, QB, Minnesota Vikings
Cousins struggled to be effective against the Falcons, and there’s really no reason to believe he’ll fare significantly better against the Green Bay Packers. Pass on the Vikings QB this week.

David Montgomery, RB, Chicago Bears
Montgomery projects to be Chicago’s top back at some point, but don’t expect it to be Week 2. He wasn’t used all that much against the Packers in Week 1, so you’re better off going in a different direction until he carves out more of a role for himself.

Dede Westbrook, WR, Jacksonville Jaguars
Losing Nick Foles hurts Westbrook’s fantasy value, so even though Houston’s secondary isn’t all that great, it might be best to sit him for now.

O.J. Howard, TE, Tampa Bay Buccaneers
Howard couldn’t get much going in Week 1, and the fact that his quarterback, Jameis Winston, is so erratic makes it tough to rely on the third-year tight end. Unless you have no other options, consider sitting Howard this week against the Carolina Panthers. 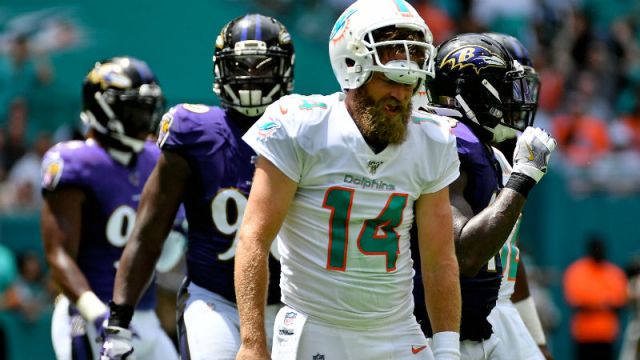 Scouting The Dolphins: 5 Things To Know About Patriots’ Week 2 Opponent 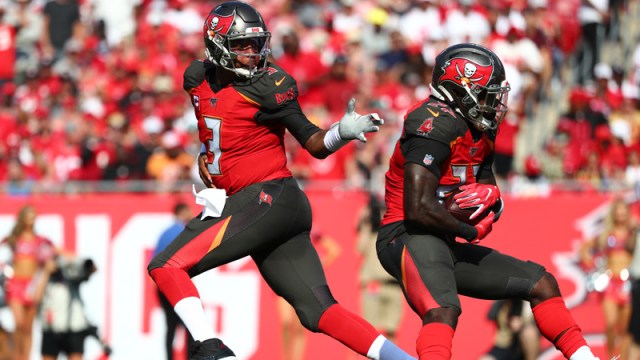