How Would Patriots Make Room For Demaryius Thomas On 53-Man Roster? - NESN.com Skip to content

One of the biggest surprises of cutdown day for the New England Patriots was the release of veteran wide receiver Demaryius Thomas, who’d just put forth an encouraging performance in the team’s preseason finale.

Thomas might soon be back in Foxboro, however. According to multiple reports, the Patriots intend to re-sign the former Denver Broncos star after using his roster spot to place another player on injured reserve.

In order for a player to return from IR during the season, he must first spend time on his team’s 53-man roster. Putting a player on IR before or on cutdown day — as the Patriots did Saturday with center David Andrews, edge rusher Derek Rivers, offensive tackle Hjalte Froholdt and safety Malik Gant — renders him ineligible to play until the following season.

The question now, then, is which player do the Patriots plan to move to IR with the hope of activating him in Week 9? Players who are placed to IR after initial rosters are finalized must sit out at least eight games, and that player’s removal from the 53 would open a spot for Thomas to rejoin the team.

Based on preseason participation, here are six candidates:

Wide receiver N?Keal Harry
Patriots fans wouldn?t like this one, but the first-round draft pick hasn?t played since New England?s preseason opener. If the team believes Harry isn?t close to full strength, it could place him on IR with the intention of activating him midseason. Assuming re-signing Thomas would be the corresponding roster move, the Patriots should have enough depth at receiver (Julian Edelman, Josh Gordon, Thomas, Phillip Dorsett and Gunner Olszewski) to get by without the talented rookie, though they must be constantly prepared for another Gordon suspension.

Running back Damien Harris
Another Patriots draft pick, Harris sat out the Patriots? preseason finale after suffering an undisclosed injury in Week 3 of the team’s exhibition slate. The third-rounder returned to practice this week but did not dress for Thursday’s game, and it?s unclear how close he is to game readiness.

Outside linebacker Shilique Calhoun
Calhoun was a relative unknown at the outset of training camp, but he began running with the first-team defense during joint practices with the Detroit Lions and continued to do so through Week 2 of the preseason. He went down with an injury in the Patriots? second preseason game, though, and hasn?t played since.

Safety Obi Melifonwu
Melifonwu was a surprise inclusion on the Patriots? initial 53-man roster after enduring an up-and-down summer and missing the final two preseason games with an undisclosed injury. The UConn product has yet to live up to his draft status as a 2017 second-round pick, but his rare blend of size (6-foot-4, 224 pounds) and athleticism continues to make him an intriguing defensive prospect.

Tight end Matt LaCosse
LaCosse was projected as the Patriots? Week 1 starter entering training camp, and while that might still be the case, he hasn?t seen game action since leaving the preseason opener with a reported ankle sprain. The Patriots chose to keep just two tight ends (LaCosse and Ryan Izzo) on their initial roster, with Lance Kendricks (one game) and Ben Watson (four games) potentially joining the mix after serving their respective suspensions.

Defensive end Michael Bennett
It’s unclear if his absence was injury-related, but Bennett was not on the sideline for New England’s final preseason game. 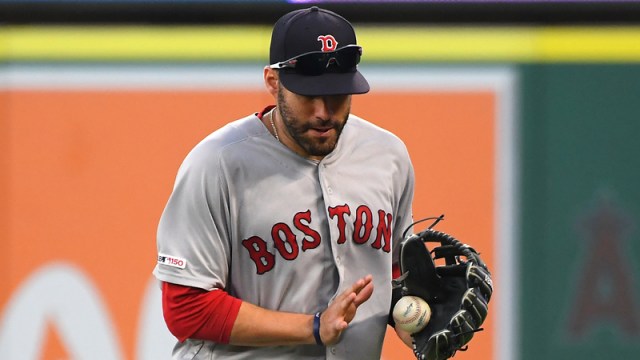 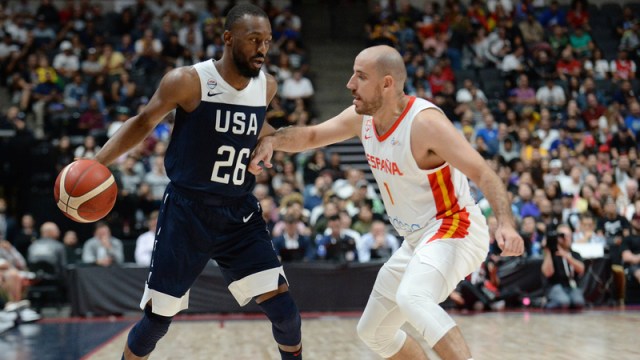