The Boston Bruins are one of the most talented teams in the NHL, and when they’re able to execute their game plan like they did Tuesday night, they’re going to have a lot of success.

The B’s ran their record to 3-0-0 on the young season with an impressive 4-3 win over the Vegas Golden Knights, another strong showing on what seemed like a potentially grueling season-opening Western Conference road trip.

The Bruins often can get away with being the most talented team on the ice and just outclass their opponents. Going up against a team like Vegas — a trendy Stanley Cup Final pick — is a different story, though. The Golden Knights are loaded up front and they can be remarkably tough at home, especially considering the allure of Sin City for visiting teams.

So if you want to go into Vegas and come away with a win, you need a good game plan and you better be able to execute said plan. Bruins coach Bruce Cassidy probably doesn’t get enough credit for the job he’s done behind the Boston bench, but in occasional behind-the-scenes peaks, we’ve seen the type of game-planner and manager he can be.

But, as we’ve also recently noted, Cassidy can be really forthcoming when discussing his team with the media. The intricacies of hockey can be pretty high-level, but Cassidy often does a good job of breaking down his team’s performance in simple terms. The head coach was understandably pleased with what he saw Tuesday night, and here’s why:

CASSIDY: “I thought we checked well as the game went on. We got a lot of pucks back in their end. I thought our forecheck was very good tonight. Something they typically do well. I liked the way we broke pucks out as went along, I liked the way we turned some over in their end and were able to sustain some offensive-zone pressure.”

As Cassidy noted, the Bruins shook off an early 2-0 deficit and got back to executing the game plan. Naturally, it was the first line leading the charge.

David Pastrnak’s great finish capped off the play, but the real credit goes to Brad Marchand and Patrice Bergeron. The Bruins’ fourth line actually starts the play by breaking it out of the Boston zone and getting the puck in deep. The puck stayed in deep long enough for the Bruins to complete the line change, and that’s when Marchand and Bergeron get to work.

Marchand keeps the play alive by cutting off Deryk Engelland’s angle and knocking down the defenseman’s attempt to clear along the boards. Nicolas Hague retrieved the puck in front of the net, but instead of skating back, Marchand circles through the faceoff dot to annoy Hague, too. That forces the Knights back behind the net as they try to clear the zone up the boards. Only problem with that is Bergeron had joined the forecheck, pinning Engelland along the wall with support from Marchand. Now, the Bruins have regained possession, and the Knights are running around in their own end, just as Pastrnak is there to come streaking down the middle of the ice with an entire half of the rink to himself, and well, he’s going to score that one 99 times out of a 100.

There’s nothing groundbreaking here, especially when you come to expect it from the Bergeron line, but they weren’t the only ones putting on the pressure.

Boston’s fourth line also got in on the action, directly leading to the B’s fourth goal. This time, it was David Backes making the most of an offensive-zone faceoff win for the Bruins. Again, the Knights tried to go behind the net in a clearing attempt, but Backes was there to meet William Carrier at the wall. Backes and Chris Wagner pounced on a lazy play by Carrier, allowing Boston to keep the puck in zone — gaining more offensive-zone time — and leading to Torey Krug’s goal. The forechecking game goes both ways. Vegas has size in its forward group with six players standing 6-foot-2 or taller. They want to put the pressure on opposing defensemen with their own forecheck, and the Bruins did a terrific job of neutralizing that attack.

CASSIDY: “One of the big keys tonight was being able to break pucks out because they’re a good forechecking team. You let them start cycling around, they’re dangerous. I thought our D were moving their feet well and escaping that first guy and that was part of our game plan.”

Midway through the second, Vegas entered the zone with some momentum on a long pass up the wall. Boston eventually gained possession, as Matt Grzelcyk calmly skated the puck back behind the net. Facing forecheck pressure from Valentin Zykov, Grzelcyk tried skating the puck up the opposite wall. When that was stifled, he reversed course. Still facing pressure from Zykov, Grzelcyk calmly backhands the pass through the slot to Connor Clifton. That move was enough to eradicate the forecheck, as Zykov went off for a change. In the meantime, Clifton went back to Grzelcyk who fired the puck to Karson Kuhlman who entered the zone on the left wing, leading to 18 seconds of sustained offensive-zone time for the Bruins and an eventual faceoff in the Knights’ end.

Again, this is all seemingly pretty simple stuff, or at least it feels like it should be for NHL players who basically were born with hockey sticks in their hands. 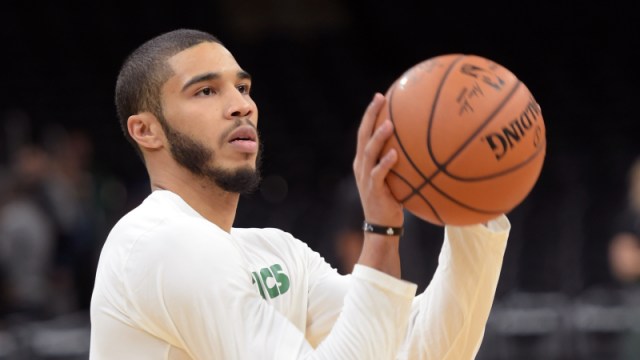 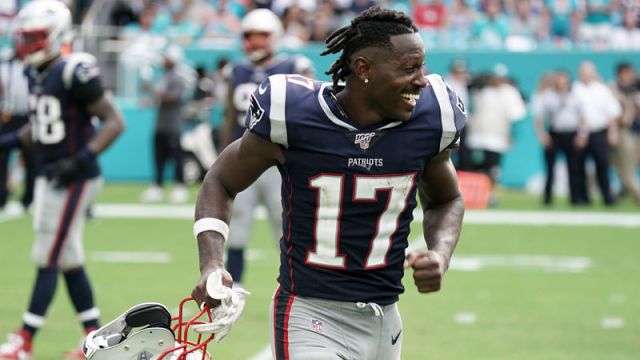