The New England Patriots’ game status and injury report drew some guffaws when it was posted Saturday afternoon.

Fans wondered if Brady actually would have anyone left to target with one running back, four wideouts and two tight ends dealing with injuries.

Dorsett and Edelman both are expected to suit up. Dorsett missed Week 6 but told the media this week he’ll be fine for Monday night. Edelman has played through a chest injury.

This is the second time Olszewski has been listed on the injury report with a hamstring injury. He played through the ailment the first time.

Sony Michel, James White, Brandon Bolden and Damien Harris will be available at running back. Harris only has been active for one week, and he didn’t actually play in that game. The Patriots also are expected to be without suspended defensive end Michael Bennett, so they must rule just two more players inactive Monday night. Barring one of the questionable players being listed inactive, offensive tackle Korey Cunningham and cornerback Joejuan Williams would be the logical choices to rule out. Perhaps Harris will finally see some playing time against the Jets. He looked good in limited preseason action.

The Patriots are expected to have Edelman, Dorsett, Jakobi Meyers and possibly Olszewski at wide receiver. Getting Dorsett back this week is big for New England since Gordon is out with knee and ankle injuries. The Patriots were left with Edelman and the two undrafted free agents, Meyers and Olszewski, last week against the New York Giants. Dorsett has struggled at times when he’s asked to be a No. 1 or 2 wide receiver in the Patriots’ offense. Meyers could wind up having a big game as the No. 3 option.

The Patriots only will have recent additions Ben Watson and Eric Tomlinson available at tight end. Watson is back after being released by the Patriots last week following a four-game suspension. Tomlinson signed on Tuesday.

As long as Watson plays a significant share of snaps, it wouldn’t be surprising to see Brady target the veteran tight end often Monday night. Brady clearly lacked trust in Izzo and LaCosse through the first six weeks of the season. Brady and Watson have a long history together. Watson was drafted by the Patriots in 2004 and played in New England through 2009. Watson’s 10 years older now, but Brady seemed pleased to have Watson back when he spoke to the media Saturday.

Tomlinson is expected to serve as a blocking specialist in the Patriots’ offense.

The Patriots’ offense isn’t in an ideal situation with four players out with injuries. Expect Edelman, White, Michel and Watson to be heavily counted on against the Jets. 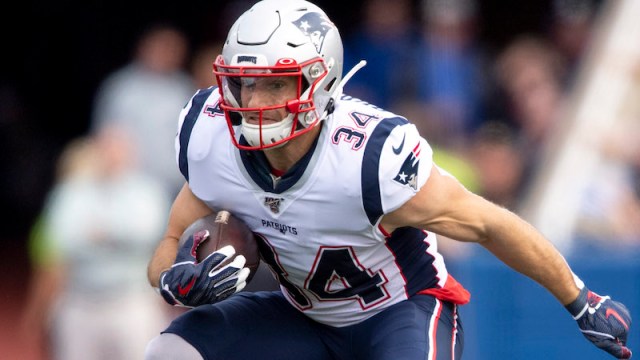 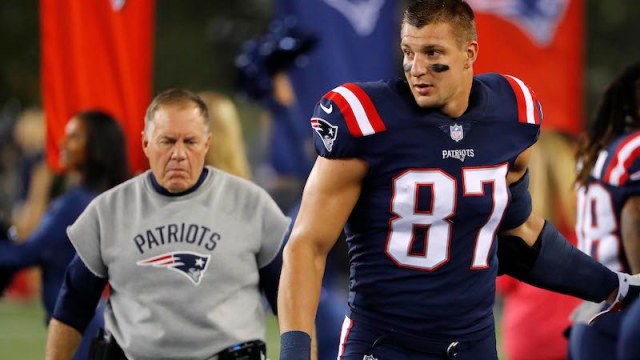