Jakobi Meyers Reveals What Playing With Tom Brady Is Like For Young Wideout - NESN.com Skip to content

FOXBORO, Mass. — Tom Brady is the type of player who’s not shy about showing his emotions on the football field.

Jakobi Meyers has been with the New England Patriots for just a few short months, and he’s already witnessed the full spectrum of those emotions.

?It depends on how the play went, honestly,” Meyers explained Friday. “If it?s a good play, then he?s going to be excited. You?d think he was my age jumping around. But if it was a bad play, you’d think he was my parent. … It definitely took some getting used to, but I think I’m coming around to it.”

Meyers hopes to avoid too many fatherly glares from the 42-year-old Brady, who mentioned earlier this week that young receivers are “hard to count on.” Helping these players acclimate, the veteran quarterback has said, is not part of his job description. So Meyers has taken it upon himself to prove he can be trustworthy by absorbing any and all direction Brady sends his way.

“He doesn’t really have to do too much,” said Meyers, who turns 23 next month. “But just the feedback he gives me on the field, it just tells me where he wants me to be. And at the end of the day, he’s the one that’s got to throw the receivers the ball. So if I know what he’s thinking and I can just be around him and listening to him — like, what’s his thought process — then I know where I have to be, too.”

Meyers has played a minor role in New England’s offense thus far, catching just three passes on four targets for 60 yards through four weeks, but he could see that role increase Sunday against the Washington Redskins with Julian Edelman (chest) and Josh Gordon (knee) both dealing with injuries this week.

Forty-eight of Meyers’ 60 offensive snaps to date came during a Week 3 win over the New York Jets, during which Edelman and Gordon both missed time. He played just four snaps in last Sunday’s victory over the Buffalo Bills,

“I wouldn’t say (the injury situation) puts pressure on us, because we knew what we were getting ourselves into,” Meyers said, referring to himself and fellow undrafted rookie wideout Gunner Olszewski. “It’s a performance-based business, so every day we’ve got to come out and perform and be ready like we’re going in the next play.” 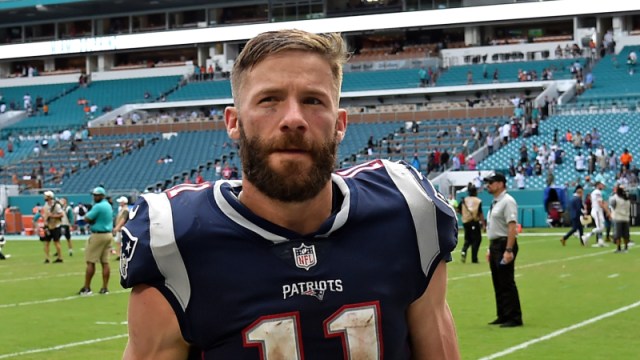 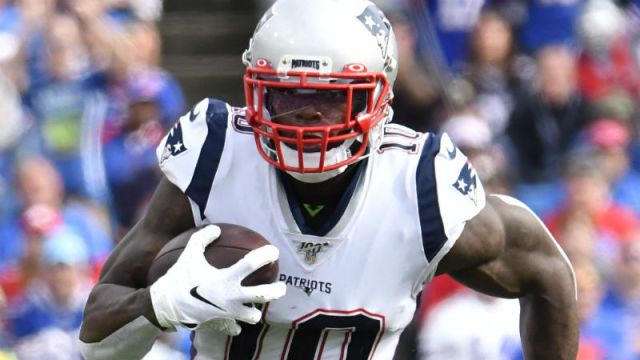