Boston eked out a 2-1 victory over the Senators in Ottawa on Wednesday, extending their win streak to five games in the process.

Tuukka Rask pushed away 33 shots for the Bruins, while Anders Nilsson blocked 19 for the Senators. Nilsson was perfect at home in his career vs. Bruins entering the contest, but Boston managed to snap that with the W.

Both Brad Marchand and Zdeno Chara scored for the Bruins in a busy third period, lifting the B’s to win No. 17 of the season.

SCORELESS FIRST
Neither side could find the back of the net in the first 20 minutes of Wednesday’s game.

The Bruins struggled to get the puck out of the defensive zone early, with Ottawa outshooting Boston 9-3 in the first. Several impressive saves by Rask, however, kept things scoreless on the B’s end.

Boston saw the first power play of the evening after Ottawa was called for too many men on the ice at the 5:10 mark, but failed to capitalize. Then, it was the Senators’ turn to go on the man-advantage when Brendan Gaunce, who was playing in his first-ever NHL game, was called for slashing with 1:18 left in the period.

The B’s did get a nice shorthanded look, but couldn’t seal the deal. They entered period No. 2 with 42 seconds left to kill on Gaunce’s penalty.

STALEMATE, ANYONE?
Not much changed between the first period and the second.

Ottawa continued to outshoot the Bruins, registering 15 shots to Boston’s seven in the second frame. But things still remained scoreless through 40 minutes, largely in part to more dazzling stuff from Rask.

Just how even were things through two? Both squads put up nearly identical numbers in takeaways (five each), hits (24 for Boston, 25 for Ottawa), penalty minutes (two apiece), and face-off wins (54 percent for Boston, 47 percent for Ottawa).

And yet, neither team managed to find the back of the net. But there still was 20 more minutes to play.

WINNER WINNER CHICKEN DINNER
The Senators finally broke through less than a minute into the third on Thomas Chabot’s third goal of the season.

Lovely goal from #72 to open the scoring early in the third.

The Bruins pushed back five minutes later, with Brad Marchand potting his 18th goal of the season to knot things at one goal apiece. His point streak now sits at five games.

We're running out of words to describe this guy ?@Bmarch63 | #NHLBruins pic.twitter.com/0dnKoEuDAn

But Boston didn’t stop there.

Chara broke the tie just three-and-a-half minutes later, giving the Bruins their first lead of the game with 11:15 left to play.

The Senators would almost immediately go on the man-advantage after Chris Wagner was called for cross-checking, but Ottawa couldn’t find the back of the net. Rask continued to stand on his head, even in the final moments of the game with Nilsson pulled.

And that’s all the B’s needed to take home the win.

UP NEXT
The Bruins welcome the New York Rangers to TD Garden on Friday, with puck drop slated for 1 p.m. ET. 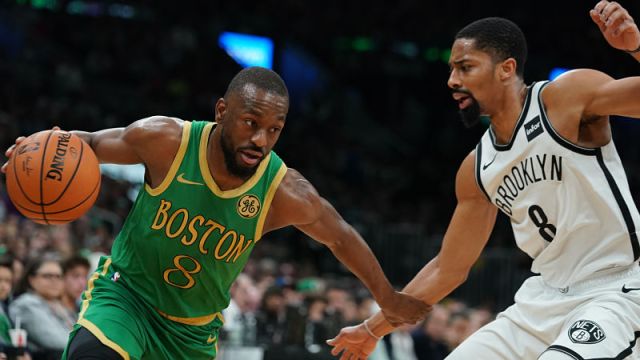 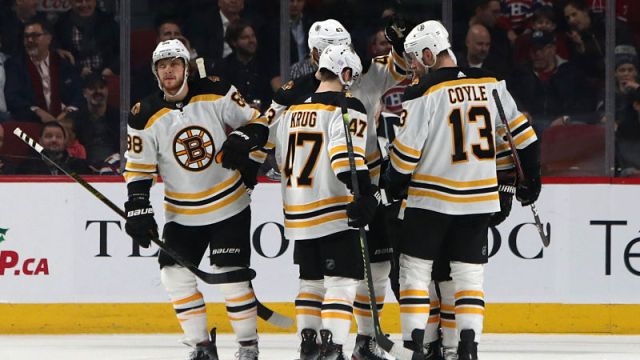