Why Is Everyone, Including QB Tom Brady, So Down On 9-1 Patriots? - NESN.com Skip to content

The New England Patriots live on a different plane of existence from the rest of the NFL.

One would be easily fooled into thinking the Patriots are grasping for their postseason lives — like a cat on a “Just Hang In There” poster — with Thanksgiving around the corner.

“The offense is inept.”

“They just don’t have enough speed.”

“Their running game is lifeless.”

All of those things might be accurate. But the Patriots are also 9-1 and, based on their record, the best team in the NFL. According to head-to-head performance, they’re second only to the Baltimore Ravens.

Here’s the thing: The Patriots are flawed. There’s also little reason to worry about them. These things are not mutually exclusive. They’re both true. Everything is not black and white in Patriotsland. It’s more silver.

There is reason for Tom Brady to be bummed out about his offense. Perhaps everything clicks when left tackle Isaiah Wynn returns Sunday off of injured reserve, but New England hasn’t put up over 400 yards of total offense since Week 6. They’ve gained over 450 yards just once this season, and that came in Week 1 against the Pittsburgh Steelers. Is it a coincidence that’s the only game Wynn fully played this season? We’ll find out when he returns this week against the Dallas Cowboys.

The Patriots seemingly have, for now, given up on getting 2018 first-round pick Sony Michel going. He’s averaging 3.3 yards per carry on the season, and he’s received 14 carries and two catches over the last two weeks. He’s less a bell cow and more one of the herd. Wide receiver Julian Edelman is the top offensive weapon on the team, but even he’s struggled in recent weeks. He lost a costly fumble in the Patriots’ Week 9 loss to the Baltimore Ravens and dropped a touchdown in Week 11 to the Philadelphia Eagles.

There’s also reason for Brady to not be so transparent about his feelings. His team is 9-1! And quite frankly, it shouldn’t matter how the team is winning if they’re coming out of games victorious. The Patriots probably could have acquired a few more high-priced pieces on offense this offseason if they had freed up cap room.

They could have done that by trading safety Devin McCourty and linebacker Dont’a Hightower. Think the defense would be best in the league without McCourty and Hightower? Think again.

This really wouldn’t even be worth discussing had Brady not acted like his team had lost a Super Bowl after beating the Eagles in a Super Bowl LII rematch Sunday. It was bizarre and unlike anything we’ve seen from the Patriots QB in his 19-year career after a win. It was staggeringly out of character for Brady to be so down after a win.

Compared to the rest of the NFL, the Patriots are very, very good. There’s an argument to be made that they’re the best team in the league. They’re 9-1, their defense is dominant, and they’re odds-on favorites to win Super Bowl LIV.

Only in New England would the sky be falling over a 9-1 football team. And for once, the spoiled subset of fans easily influenced by negative ninnies on the radio aren’t to blame. Brady’s reaction to the Patriots’ offensive struggles only magnifies the issue.

So, why is Brady so down in the dumps? It’s unclear, and we won’t speculate. But there’s really no reason for Brady to be so down. His team is good. They’re in a great place in the AFC, and they have six more games to prove they’re as good as their record indicates. Getting Wynn back will help even if it’s not a cure-all. Wide receivers Mohamed Sanu and N’Keal Harry and tight end Ben Watson will continue to acclimate into the offense, and at some point, the Patriots will probably get running back James White more involved, as well. 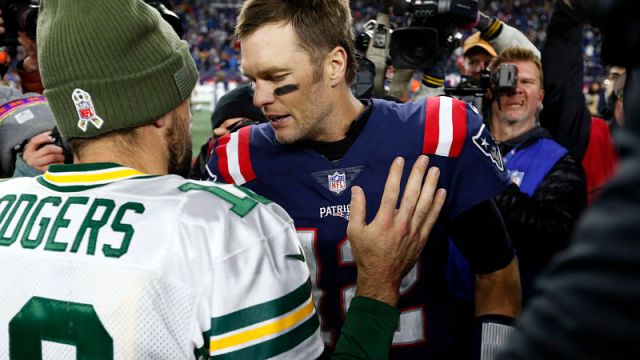 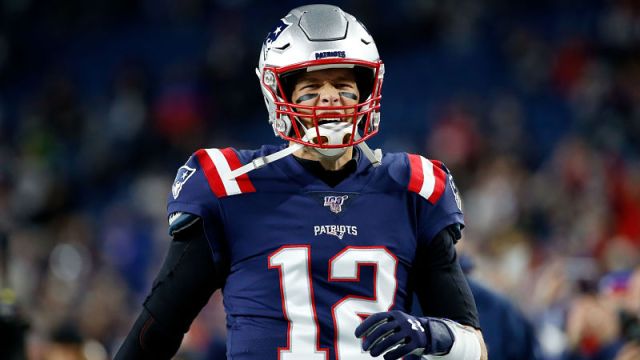