BOSTON — David Krejci has been a pivotal part of the Bruins since beginning his NHL career in Boston in the 2006-07 season.

Such has been the case this season and was on display Tuesday night at TD Garden.

The second-line center potted the Bruins’ second goal in 1:08 in the third period in Boston’s 2-0 win over the Carolina Hurricanes in an Eastern Conference Final rematch. The tally not only marked the 16th of the season but the 200th of his career.

Bruce Cassidy, for one, thought Krejci had more goals than the score sheet showed.

“You know what, I thought, I know he?s a pass-first guy, but I always assumed he had more than that, to be honest with you,” the head coach said after the game. “I don?t mean that in the wrong way, it seems like he?s been playing in this league as long as I can remember. I?m happy for him. He?s an unselfish guy, would rather pass first anyway, look after his teammates that way. Nice goal to score, going to the net too. Both of them were like that eventually, we got some separation. Took us a while, but tight checking games, so good for David. Good guy, good pro, good teammate. Happy for him.”

Here’s a look at the goal:

The 19th player in #NHLBruins history to reach 200 goals.

Krejci, however, wasn’t even aware of the milestone.

“I didn’t even know that,” he said. “I said before, it’s just a number to me. It’s not something I’m chasing. I’m just happy we won. Hopefully, we can make something good here.”

The B’s are in the midst of an eight-game win streak and 12-game point streak and look to make it nine straight when they welcome the Chicago Blackhawks to TD Garden on Thursday night. 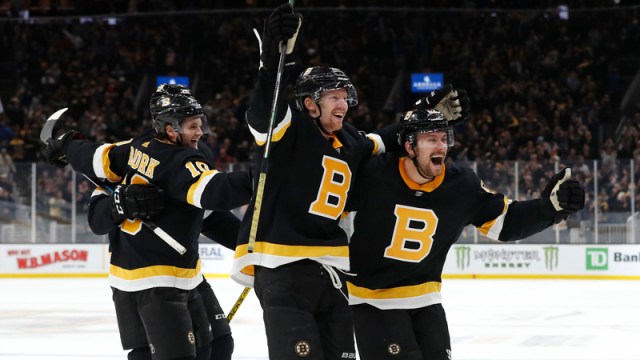 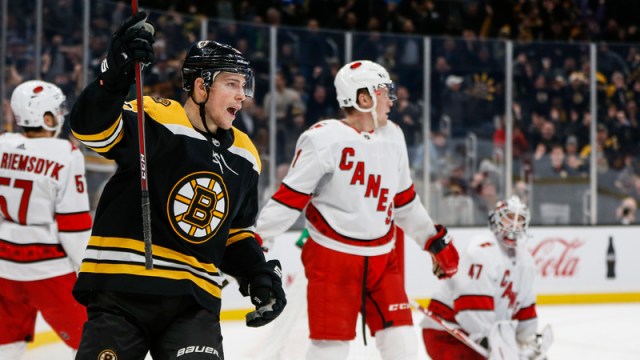 Bruce Cassidy Explains Why He Shook Up Lines In Bruins-Hurricanes