Early in Saturday’s game, he appeared destined for a similarly light workload.

Burkhead’s second touch against the Buffalo Bills went for 18 yards but ended in a fumble. Safety Micah Hyde recovered and returned it 31 yards the other way, setting up a field goal that gave Buffalo an early lead.

Bill Belichick has benched running backs for similar ball-security slipups in the past. But on this night, the Patriots coach opted to stick with Burkhead.

Burkhead atoned for his early error by delivering his best all-around performance of the season in a 24-17 Patriots victory at Gillette Stadium. He led all Patriots pass-catchers with four receptions on four targets for a career-high 77 yards and added 20 rushing yards on five carries, including a game-winning 1-yard plunge with just over five minutes remaining.

“You’ve got to put it behind you and understand there’s a lot more football to be played,” said Burkhead, who also had a game-sealing 33-yard score in last week’s 34-13 win over the Cincinnati Bengals. “(You need to) understand you can really help the game out and turn the game into a positive way. So that’s what I was trying to do — any time my number was called our any time I could impact the game, I tried to do that to the best of my ability.”

It quickly became clear Burkhead’s fumble would not end his night. Offensive coordinator Josh McDaniels called for a Burkhead run two plays into the next Patriots drive — he picked up 6 yards on second-and-4 — and quarterback Tom Brady dumped off a short pass to him one snap later.

Burkhead was responsible for two of the Patriots’ four longest gains of the evening. A catch off a perfectly designed jet-sweep play-fake picked up 31 yards early in the third quarter, and a screen pass later in that frame gained 23. Both helped set up Nick Folk field goals.

Burkhead’s touchdown came on what Belichick called “an outstanding run.” Linebacker Lorenzo Alexander and defensive tackle Star Lotulelei both had chances to drop the 5-foot-10, 215-pound back behind the line of scrimmage, but Burkhead bounced off the former and escaped the grasp of the latter to cross the goal line.

“He?s a good receiver, good runner, plays for us in the kicking game,” Belichick said. “I mean, he?s a solid four-down player.”

The 97 yards from scrimmage were Burkhead’s most in a game since Week 13 of the 2017 season, when he tallied 103 and two touchdowns in a road win over, coincidentally, the Bills. On Saturday, he and Sony Michel (season-high 96 yards on 21 carries) spearheaded a rushing attack that, while not the juggernaut it was during last year’s home stretch, has shown marked improvement in recent weeks.

“It’s big,” Burkhead said. “We’re nowhere (near) where we want to be yet or where we need to be, but I feel like we did a great job. Tom did a great job leading us and the offensive line up front, so as long as we continue to stack those on and get better every single day, we’ll put ourselves in a good position.” 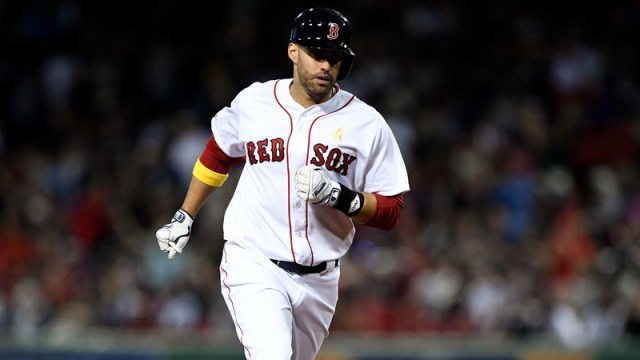 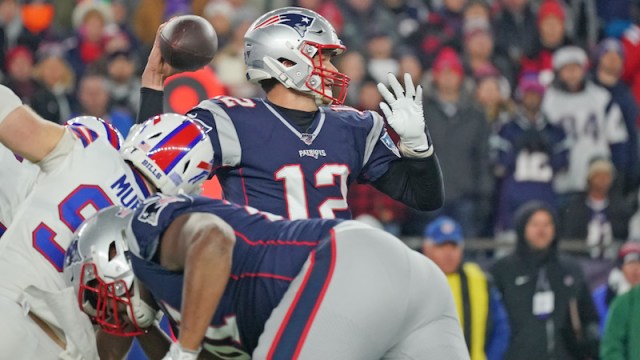