MIAMI — Travis Kelce and George Kittle tend to steal the show for their respective teams.

FOX Sports analyst and Pro Football Hall of Fame tight end Tony Gonzalez put it best Tuesday when he said, “They are the stars of this Super Bowl.”

And Gonzalez is extremely excited about Super Bowl LIV because Kelce, for the Kansas City Chiefs, and Kittle, for the San Francisco 49ers, are both fellow tight ends. Kelce has put up four straight 1,000-yard seasons. Amazingly, that’s something neither Gonzalez nor Rob Gronkowski, another FOX Sports analyst and future Hall of Famer, ever accomplished in the NFL. Kittle is coming off of his second straight 1,000-yard season in just three years in the NFL. He’s also the NFL’s most complete tight end thanks to his blocking prowess.

But Kelce and Kittle don’t just take the spotlight on the field. They both have huge personalities that have been on display early in Super Bowl week. Kittle has been clowning on his quarterback, Jimmy Garoppolo, for his inadequate texting, while Kelce was serenading Chiefs linebacker Reggie Ragland prior to media availability Tuesday.

And it’s no surprise that both players have been compared to Gronkowski off the field. Gronkowski showed Kelce and Kittle it’s not just OK but beneficial to show who they are off the field.

“Without a doubt, man. Without a doubt,” Kelce said. “He’s loved by everybody. Gronk has that personality when he can just electrify the room and get everybody’s energy up. I think he’s really paved the way for people to just be out and show their personality. I think that’s better off for the NFL and players league-wide.”

Kittle is essentially another step removed from the equation. Gronkowski influenced Kelce who in turn influenced Kittle.

“Gronk was the tight end position for almost every year that he played,” Kittle said. “He was at the tip-top of the mountain. So, when I would get to watch film on Gronk, you see him play with personality. It just kind of opened the door for a lot of people.

“Same thing for Travis Kelce. Seeing him on film when I was playing in college, how much fun he had playing, his celebrations that he got fined for. That stuff opened the door for guys like me to showcase ourselves and have fun out there and not try to be some serious dude that just has to play football. I go out there, and I can have a blast. I can just be myself, and that makes playing football a lot easier.”

And football isn’t an easy sport to play. That’s why Gronkowski retired nine seasons into his NFL career at age 29. But he’s happy to pass that torch onto Kelce and Kittle. He noted it’s no surprise that he won a Super Bowl last season, and now the NFL’s best two tight ends are competing for a title this year.

“It’s a good thing to see the personality of Kelc and Kittle both on the field and off the field,” Gronkowski said. “They’re a lot of fun to watch while playing the game, and they’re also a lot of fun off the field too. I’ve met them both. They’re fantastic guys. I’ll bet you they’re fantastic to work with. I’ll bet you they would be fantastic teammates to play with too. They just bring it in all aspects, which is great to see. If I influenced them in that way to just be themselves, then that’s great, that’s good to hear. That gives me that motivation to keep going and being that way. That’s good, and hopefully, they stay true to themselves too, because they’re great players and great dudes. It’s going to be fun to watch.”

Gronkowski said he could see himself in both players, but he’s “definitely more like Kittle, hands down.”

Gonzalez is envious of Kelce and Kittle. Perhaps if a player like Gronkowski had come around earlier, then fans would have seen the real side of Gonzalez.

“These guys, I’m looking at them right now, and I’m saying, ‘Damn, I wish I could have’ — I should have. I was afraid to. I was afraid to show more of my personality,” Gonzalez said. “A lot of people think I’m like a conservative guy, and I’m not at all. I can clown around with the best of them. But back then, I was like, ‘All right. I’ll just dunk it over the goal post.’ And back then too, I didn’t want to — because people don’t forget that. People ask what advice I’d give to these guys, and sometimes you don’t want to show off a little too much, because that defense is seeing that. ‘OK, wait until next time. I’ll come knock the hell out of you.’ But these guys, I love it.

“They’re that guy for their teams. They set the tone emotionally from a soul perspective and in the game too. It seems when the tight ends do well, whether they’re blocking or catching the ball, it seems the offense does well, the team does well. Everybody feeds off of those two guys. They’re the leader personality-wise on their respective teams.”

Kelce and Kittle may be mocked for copying Gronkowski, but it’s good for football to have two fun-loving guys in the spotlight after the last one walked away from football. 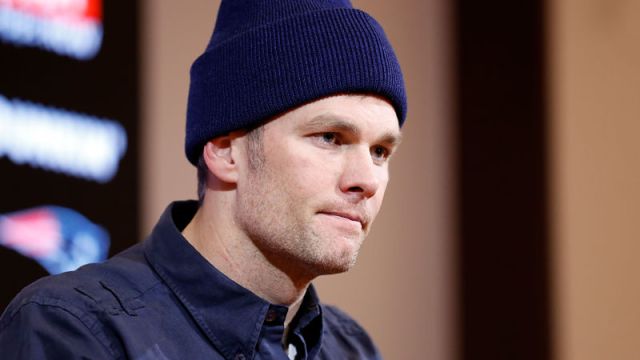 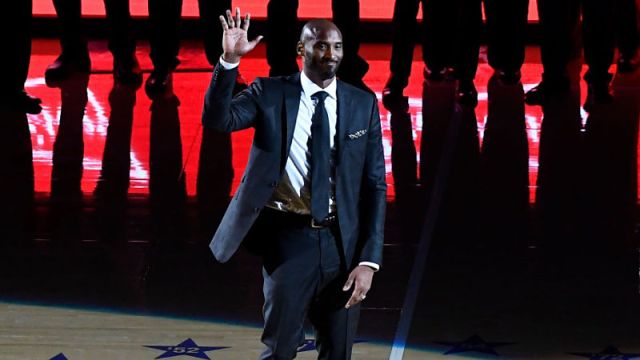