Missed in the hubbub of the Ondrej Kase trade is the fact that the Boston Bruins actually have a game Friday evening.

Hours after the acquisition of the now-former Anaheim Ducks winger, the B’s will take on the Calgary Flames at the Saddledome in Game 3 of Boston’s four-game road trip.

A few lineup changes from Wednesday’s overtime win against the Edmonton Oilers are expected. In terms of personnel additions and subtractions, Anton Blidh will slot in on the fourth line left wing, replacing Joakim Nordstrom. Meanwhile, Jaroslav Halak will take over in net for Tuukka Rask.

There will be some swapping in the middle six, as Danton Heinen will get bumped up to the second line right wing. That’ll result in Karson Kuhlman playing on the third line opposite Anders Bjork, with Charlie Coyle between them.

Derek Ryan will be a game-time decision for the Flames. Should he not play, Tobias Rieder will remain in the lineup. Ex-Bruins fan favorite Milan Lucic will skate on the third line left wing.

Calgary will roll with Cam Talbot in net. 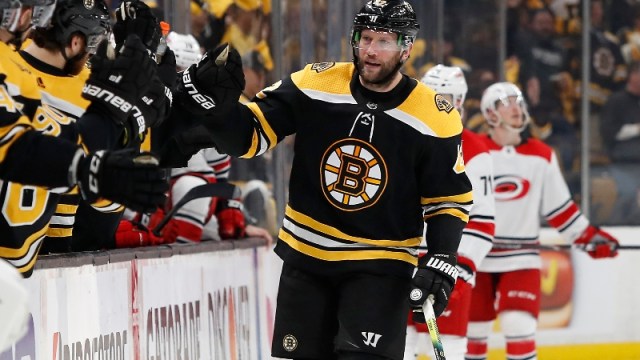 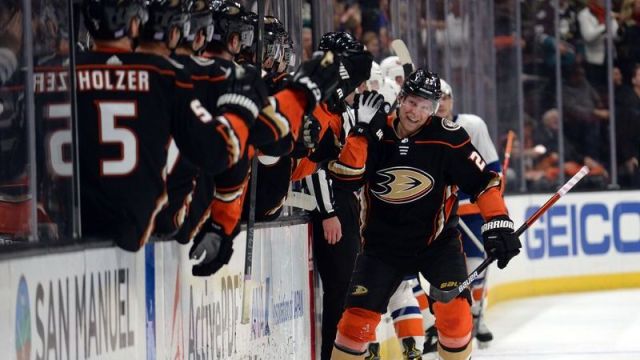