Jayson Tatum, Gordon Hayward and Jaylen Brown each scored more than 20 points for the Boston Celtics against the Atlanta Hawks at State Farm Arena on Monday. But that wasn’t even the biggest advantage the Green showcased.

Led by the added responsibility of Brad Wanamaker, the return of Enes Kanter and some veteran-like plays by rookie Grant Williams, Boston’s bench outscored the Hawks reserves by 27 points and ultimately lifted the Celtics to an impressive 123-115 victory. It was their fourth-straight win, and the seventh in their last eight games.

Wanamaker finished with a season-high 16 points in 27 minutes, Williams contributed 13 points in 25 minutes and Kanter chipped in eight points in 16 minutes.

“That’s huge,” Gordon Hayward said, as seen on the NBC Sports Boston postgame coverage. “We talk about our depth all the time so tonight was a huge example of them. I thought they did a great job. Brad played really well, Enes when he was in there, everyone came in and contributed. So, it was a good win.”

Playing without Kemba Walker or Marcus Smart, Wanamaker’s added role in the backcourt was pivotal. He was an efficient five-for-nine from the floor with five assists, four rebounds and four steals on the defensive end.

Kanter also provided a lift during his return from a five-game absence after dealing with a sore right hip. He didn’t show many signs of rust as he scored all eight of his points and collected five of his nine rebounds within the first three minutes he played.

Williams continued to show his rapid development as well. Most notably, he finished on a key bucket in the paint in the final minutes, only to get a defensive stop on Atlanta’s Trae Young on the ensuing possession. Williams shot 6-for-9 from the floor with six rebounds and two blocks. He added another key bucket with a strong take to the rim to put the Celtics ahead 119-113 with 39 seconds left.

“I think we’re kind of just getting comfortable now,” Williams said. “It’s been halfway through the season. We’re expected to do our job and I think we’re just doing a great job understanding who we are, and also understanding our strengths and weaknesses. We kind of have a better feel for each other.”

Here are some other notes from Monday’s Celtics-Hawks game:

— Big Three of Tatum, Hayward and Brown made up for missing Boston’s best offensive weapon.

Tatum put together his sixth-straight game with 20 points or more as he finished with a team-high 28 points on 10-for-20 from the field. Among his many big buckets, Tatum connected on a 3-pointer to push the Celtics lead to 110-104 with four minutes left.

Hayward was equally impressive down the stretch, as he contributed back-to-back big buckets to help Boston extend their lead from one point to 107-102 with five minutes left. Hayward finished with 24 points on 9-for-15 from the field.

Brown, who was named Eastern Conference Player of the Week on Monday, added another 20-plus point performance as he finished with 21 points on 9-for-17 from the field.

— Injury issues continued as Daniel Theis (right ankle) exited in third quarter and did not return.

The Celtics center did, however, rejoin to the bench and would have been available if needed, but Stevens opted against it.

You can watch the play here:

Daniel Theis left the game after what looks like an ankle injury on this play pic.twitter.com/GQEGJT6s2F

— Stevens was not impressed by the  Celtics’ 15 turnovers.

The Celtics had eight turnovers in the first eight minutes of the fourth quarter, helping the Hawks put together an 8-0 run, which cut the Boston lead to 103-102 with six minutes left.

“Have you ever seen the movie ‘Major League?'” Stevens asked. “We pitched like Ricky Vaughan that whole quarter… I don’t know, we just threw it all over the place. I feel we should apologize to all the fans sitting around the bleachers.” 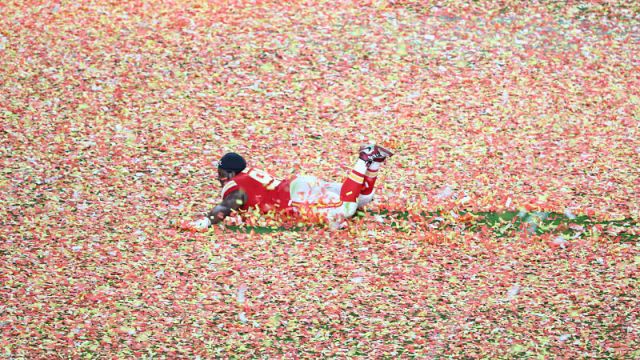 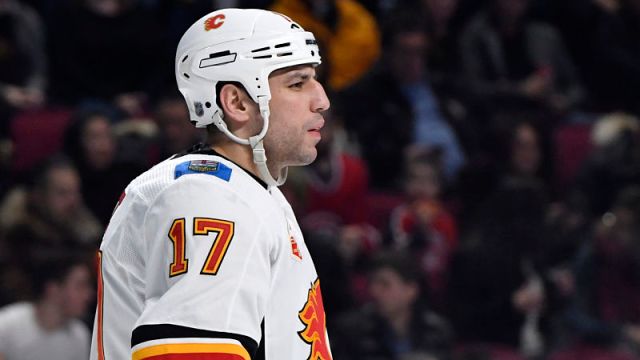 Milan Lucic Says Fighting In NHL Has Changed: ‘It’s Not The 80s Anymore’