The Boston Bruins took a quick 1-0 lead over the Vancouver Canucks on Tuesday at TD Garden, but not without a bit of controversy.

Charlie Coyle put Boston on the board first with less than six minutes left in the opening period with a nifty shot over Jacob Markstrom’s left shoulder. The Canucks, however, challenged the goal, arguing Coyle had been offside at the time of the play.

Video replay appeared to show Sean Kuraly had failed to tag up before Charlie McAvoy entered the zone with the puck. The NHL, however, deemed it a legal play.

“It was determined that Boston’s Sean Kuraly legally tagged up at the blue line prior to Charlie McAvoy entering the offensive zone and touching the puck,” the league said, via NHL.com.

You can check out the play here via CBS Sports’ Pete Blackburn to judge for yourself. 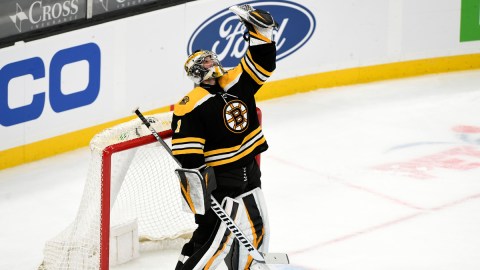