Saying a team could go from having Tom Brady as its starting quarterback then replacing him with Andy Dalton sounds like a sick joke.

But that’s reportedly a possibility for the New England Patriots. The Patriots could look to Dalton as a backup plan if they can’t re-sign Brady, NFL Media’s Ian Rapoport reported Sunday.

This might sound insane, but I don’t hate it. The Cincinnati Bengals quarterback is not great. He hasn’t even been good for a few seasons, but he has a relatively low salary and will cost almost nothing to acquire via trade. Dalton’s salary next season is $17.5 million. The Bengals likely will need to eat some of that money in the form of a signing bonus before trading Dalton. And if the Patriots acquire Dalton via trade, they could cut him with no dead money.

So, say the Patriots go into training camp and the preseason with Dalton and second-year pro Jarrett Stidham and Stidham beats out the veteran, then New England could just wash its hands and dump Dalton without any cap penalties.

And while Dalton, 32, has become something of a joke, let’s not forget he did lead the Bengals to five straight winning seasons and playoff berths from 2011 to 2015. He’s made three Pro Bowls. He had a season in which he completed 66.1 percent of his passes for 3,250 yards with 25 touchdowns and seven interceptions in 13 games. It came in 2015, but it still happened.

Dalton’s had a better passer rating in four of his nine seasons than Brady had in 2019. He’s proven he at least can lead a team otherwise filled with talent to the postseason. And while Dalton never has won a playoff game — a blight, for sure — he also had Marvin Lewis as his head coach for eight years.

If the Patriots did acquire Dalton rather than paying a free-agent quarterback like Teddy Bridgewater, Ryan Tannehill, Marcus Mariota — or even Brady — then they’d have more money to put talent around him.

None of this is to say the Patriots will or even could win a Super Bowl with Dalton behind center. But he’s had success in the NFL. It would make more sense to trade for Dalton than it would to overdraft a rookie or overpay a veteran.

Dalton’s not the best choice for the Patirots in 2020 — that’s still Brady — but he is a choice who comes with very little risk. 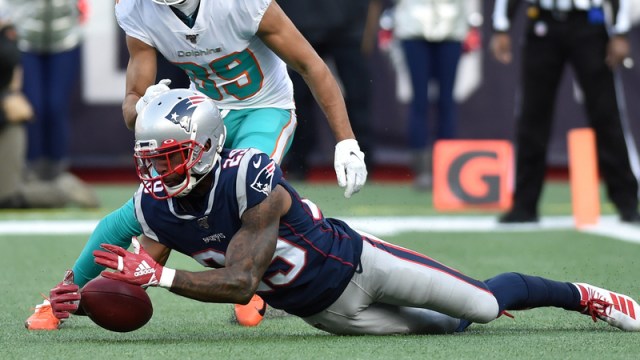