Curt Miller Worried 'Like A Dad' About His CT Sun Players In Europe - NESN.com Skip to content

The COVID-19 outbreak has had quite the impact on major league sports.

“We were literally rattling cages overseas waking people up in the middle of the night because we were all hearing the message that Friday at midnight there was going to be a 30-day travel ban,? Miller said, per The Day’s Ned Griffen. ?There were some anxious phone calls during that time until it became a little clearer what the travel ban included. It calmed down some of the initial fears.

?I don?t think I?m alone speaking on this — we were in conversations with agents and players all that night, and it really started the process of getting a lot of players home. We have a lot of players overseas. (Some) of them will get home if not already, they?ll get home through the weekend.?

Jasmine and Alyssa Thomas have returned home from their respective Europen Leagues. Both players posted updates to Twitter this weekend after arriving back in the States, with Jasmine choosing to self-quarantine as a precautionary measure.

Three of the team’s players — Jonquel Jones, DeWanna Bonner and Brianna January — remain in limbo as their leagues have yet to shut down. Jones and Bonner are in Russia while January is in Hungary.

They aren’t the only players stranded overseas, either. Los Angeles Sparks forward Maria Vadeeva and Chicago Sky guard Allie Quigley are in the same boat as Jones, Bonner and January. Sparks guard Sydney Wiese and Sky forward Kahleah Copper were forced to opt-out of their contracts in order to return home during the coronavirus outbreak.

That said, Miller still wants the best for his team.

?(You?re) really invested in the care of these players more than just basketball players, and you worry for their health and their well-being in (an) international league, and this virus has just really, really magnified the worry. I feel constantly like a dad worrying about them. I have twin boys, and I feel like I have 10-to-14 players overseas that I worry about like they’re my daughters. I just want to get them home safe and sound.?

The WNBA season currently is scheduled to being May 15.

MORE WNBA: League Starting To ?Scenario Plan? Around Upcoming Events Due To COVID-19 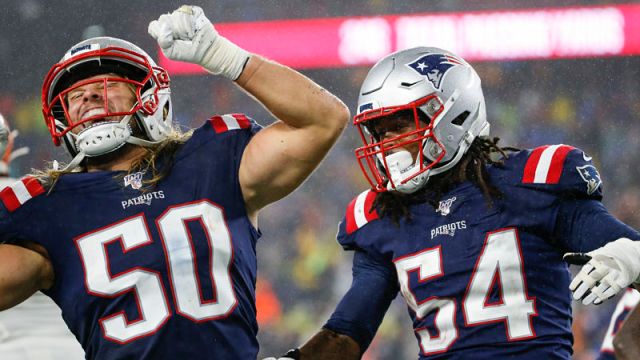 What’s Next For Patriots At Linebacker With Kyle Van Noy, Jamie Collins Gone?