The Boston Red Sox on Thursday announced that pitcher Chris Sale would have to undergo Tommy John surgery on his left elbow.

This leaves the already-thin pitching rotation in a jam for whenever the Major League Baseball season does start, considering rehab from this procedure could take anywhere from 12-18 months, and amid coronavirus concerns, there isn’t yet a date scheduled for the surgery.

Despite the uncertainty around when games will start playing, interim manager Ron Roenicke gave some early insight to what the starting rotation could look like.

Per The Boston Globe’s Alex Speier, it’s currently looking that Eduardo Rodriguez, the Sox’s most consistent pitcher from last season, will be the staff’s ace. Nathan Eovaldi, who showed well in spring training, and Martin Perez are givens.

Ryan Weber, who also impressed Roenicke, seems to be in contention, and he mentioned opener Brian Johnson as a possibility.

“I don’t want to say that we don’t have the in-house to do it,” Roenicke said, per Speier.

Roenicke pointed out Sale obviously had been frustrated with his lingering injury all last season, and even in 2018 didn’t feel he was 100 percent.

With an indefinitely delayed Opening Day, this might be the sign Sale needed to get it fixed. 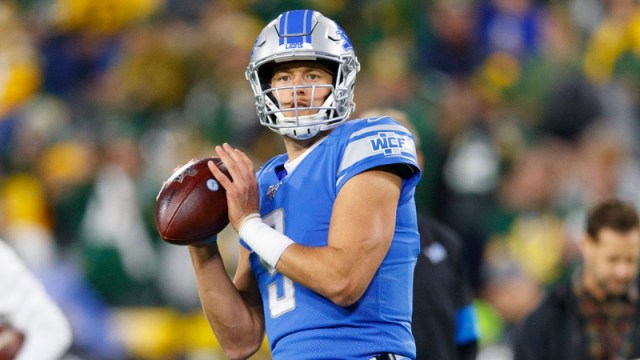 Max Kellerman Believes This Quarterback Could Be Replacement For Tom Brady