2000 NFL Re-Draft: Where Does Tom Brady End Up On 20th Anniversary Of Pick? - NESN.com Skip to content

April 16 isn’t quite as joyous of an occasion in New England now that Tom Brady is no longer on the Patriots, but it’s certainly still a day worth acknowledging and celebrating for fans.

Twenty years ago today, the Patriots’ franchise changed forever when they selected Brady 199th overall in the 2000 NFL Draft. In recognition of the 20th anniversary, let’s do the 2000 NFL Draft over again. Brady will NOT go 199th, but he also won’t be taken first overall.

As a note: We reversed day-of trades. We kept all trades in place from past years and for players/coaches. So, the Patriots do get to keep Bill Belichick.

Let’s see how it all shakes out:

The Browns just drafted Tim Couch first overall in the 1999 NFL Draft. So, they’re not looking for a quarterback here (classic Browns to pass on the greatest quarterback of all time). They’ll do all right for themselves by taking a hall of fame linebacker, but they don’t get the six Super Bowls that come with Brady.

Washington traded first-, second- and third-round picks for quarterback Brad Johnson in 1999, and he’s coming off of a Pro Bowl campaign, so the Redskins also are not looking to take a quarterback here. Instead, they’ll grab a franchise left tackle in Samuels, who they wound up taking a pick later in real life. Is this not on-brand for Washington to pass on Brady for Johnson?

Washington received this pick as part of the Ricky Williams trade during the 1999 NFL Draft.

The 49ers get a do-over and get to grab the hometown kid in Brady. The pick works out pretty well, as Brady beats out Jeff Garcia for the starting job in training camp, and the 49ers don’t have to worry about the quarterback position for 20 years.

In this alternate universe, Jimmy Garoppolo stays with New England if that makes Patriots fans feel any better.

Warrick was only a starter for four NFL seasons. Abraham went on to make two All-Pro teams and earn five Pro Bowl nods.

The Ravens did pretty well by taking Lewis. They’ll take him again with the chance to do this pick over again.

Simon was a solid player and made one Pro Bowl. Ellis started for 11 seasons and made two Pro Bowls. He, uh, wasn’t very good with the Patriots, however.

Jones had better longevity, but Alexander had a much better apex to his career.

This is the point in the re-draft where you might be noticing this isn’t the strongest draft class. The Steelers did pretty well for themselves here with Burress. They’ll take him again.

Peterson had a solid career with one All-Pro selection and five Pro Bowl nods. Taylor was a serviceable wide receiver for eight seasons.

After Samuels, Clifton was the best offensive tackle in the draft. He made two Pro Bowls with the Green Bay Packers. Dayne lasted seven seasons but never regained his Heisman glory.

Washington didn’t wind up with Arrington, so we’ll give them Bulluck. He earned All-Pro honors and played in one Pro Bowl.

Abraham is off the board, so the Jets will take Coles two rounds earlier. He leads this draft class with 674 receptions and 8,609 career yards.

The Jets got this pick and No. 27 overall from the Buccaneers for wide receiver Keyshawn Johnson.

Franks made three Pro Bowls with the Packers from 2001 to 2003. He never topped 442 yards in a season, but he was a solid addition at 14th overall.

O’Neal still winds up going 15th overall but to a different team. He leads this class with 34 career interceptions.

This was the pick the Jets netted for head coach Bill Belichick. New York grabs a former Patriots linebacker in Thomas.

In a do-over, the Raiders still take a specialist but draft Lechler over Janikowski. Lechler was one of the best punters of all time.

Pennington still winds up going in the first round as the second-best quarterback in the class.

Thomas finished his career with 1,641 more total yards than Alexander but 41 fewer touchdowns.

The Cowboys traded this pick for Joey Galloway.

O’Hara went undrafted out of Rutgers but made three Pro Bowls in his 11-year career. Morris played just one season as his career was cut short by knee injuries.

Meester started for the Jacksonville Jaguars for 14 seasons (!) before retiring in 2014. McIntosh lasted two seasons before a neck injury ended his career early.

The Panthers grabbed Grant in the second round. They’ll take him a round earlier this time around. He had 30 career interceptions.

Gbaja-Biamila was selected by the Packers in the fifth round and put together four straight double-digit sack seasons from 2001 to 2004.

The Vikings did pretty well here with Hovan. He was an NFL starter for 10 seasons.

Tauscher wound up being the third-best offensive tackle in the 2000 draft. The Packers found him in the seventh round, and he started for eight years on the right side.

Ogunleye went undrafted but wound up making a Pro Bowl in 2003 after registering 15 sacks. He had 67 career sacks.

Howard had double-digit sack seasons in his first, fifth and ninth seasons in the NFL.

Simon made a Pro Bowl in 2003 when he had 7.5 sacks. He started for six seasons in Philadelphia.

Soward only played one season. Substance-abuse issues derailed his career. This draft was brutal.

Smith was a second-round pick. He earned a Pro Bowl nod in 2004 and won two Super Bowls with the Pittsburgh Steelers.

The Rams won’t miss Canidate when they take Bulger six rounds earlier. Side note: Canidate was a beast in “NFL Madden” because of his speed.

The Patriots will pass on Klemm to take one of the best return specialists of all time. We couldn’t give them a quarterback. Billy Volek was probably the fourth-best passer in this class. 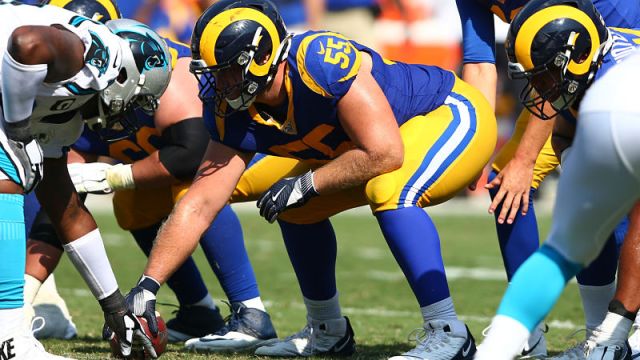 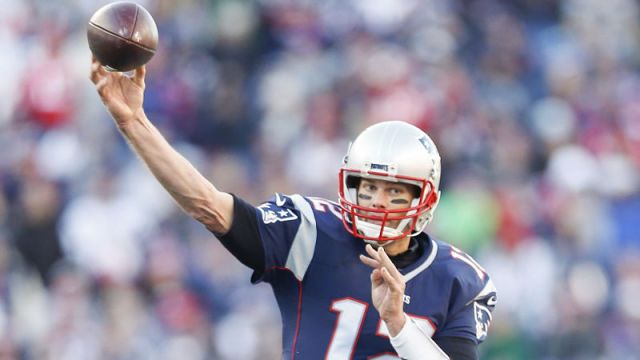