Each day over the next few weeks, we?ll look back on one of Brady?s best moments, counting down from No. 20 to No. 1. Now, let’s relive his No. 3 Moment: Leading the Patriots to their first Super Bowl win in a decade in an all-timer vs. the Seattle Seahawks (2014).

A game many New England Patriots fans might look at as the team’s finest and one of Tom Brady’s ultimate performances.

The Seattle Seahawks were aiming to become the next NFL dynasty by winning Super Bowl XLVIII and attempting to go back-to-back in Super Bowl XLIX with a victory over the most recent NFL dynasty in the Patriots. Tom Brady & Co. had something to prove after their last two Super Bowl appearances resulted in defeat.

Well, it was a game for the ages.

The Patriots kicked off the scoring in the second quarter when Brady found Brandon LaFell for an 11-yard touchdown. The Seahawks answered two drives later with a Marshawn Lynch TD.

This gave the Patriots a good chance to score heading into halftime, and they did just that. Brady found Rob Gronkowski down the right side for a 22-yard score with just 31 seconds to go.

Somehow, the Seahawks scored again before the half when Russell Wilson found wide receiver Chris Matthews for a touchdown. Seattle then would score on its first two possessions of the second half to grab a 24-14 lead heading into the fourth quarter.

Brady led the Patriots down the field before finding Danny Amendola in the end zone to make it 24-21.

With 6:52 left, the Patriots got the ball back, and Brady delivered in the biggest moment. After a number of throws to get down the field, Brady found Julian Edelman in the end zone to take a 28-24 lead with 2:06 remaining.

As the story goes, an insane catch by Jermaine Kearse put the Seahawks inside the red zone. Two plays later, a pass by Wilson was intercepted by Malcolm Butler, and the Patriots were Super Bowl champions for the fourth time in franchise history. 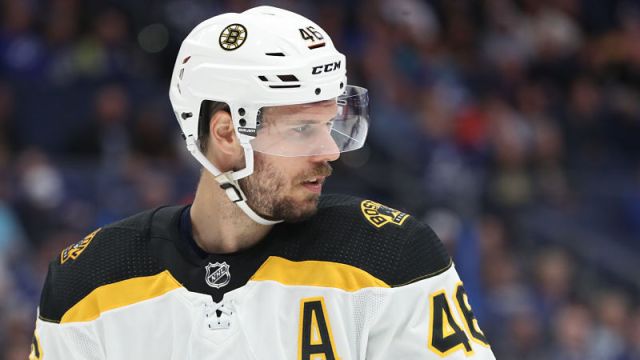 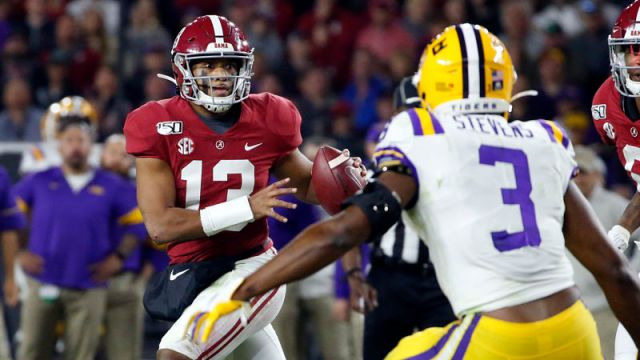