Here Are 11 Of The Weirdest Things We Could See In MLB's 60-Game Season - NESN.com Skip to content

Buckle up, baseball fans. It’s going to be a weird season.

Four-plus months of baffling, infuriating strangeness produced a Major League Baseball season that promises to be among the oddest of all time. Condensed to 60 regular-season games, the 2020 campaign will utilize a unique format including many rules that only will be used this season.

Sure, there’s a chance everything will seem relatively normal, but we doubt it. We are trying to play a baseball season in the middle of a global pandemic, after all.

Here are 11 (an inherently bizarre number) of the weirdest things we could see in MLB’s 60-game season:

“Rovers” and “Openers” galore
Despite the success of the Tampa Bay Rays, many insist “openers” aren’t tenable over the course of a long season. Similarly, “rovers” (starters used in high-leverage relief situations during their off days) are viewed as most practical in the postseason. Well, a 60-game season means every game carries the importance of a playoff game, which could lead to a season loaded with “openers”, “rovers” and all kinds of new pitching stuff.

Prospects getting an early call
Teams will begin the season with active rosters of up to 30 players, though the number eventually will decrease to 26. We’ll spare you the details. Nevertheless, the initial expanded roster, coupled with the three-man “taxi squad”, could lead to minor leaguers, including top prospects, getting called up to the majors earlier than they normally would. Plus, as we already have seen, players could cite health concerns and opt out of the season, opening more doors for youngsters.

Weird extra innings strategies
Each extra inning will begin with a man on second base. The batter leading off the extra inning will be the same batter who would lead off if the new rule weren’t in place. The runner on second base will be the player who immediately precedes the leadoff batter. In other words: If the ninth inning ends with a given team’s No. 9 hitter popping out, that team will start its 10th inning with the No. 9 hitter on second base and the No. 1 hitter at the plate. So, do managers call for players to steal third? Or do they just bunt them over? Perhaps, in the scenario mentioned previously, a manager would pinch-hit a light-hitting speedster in the No. 9 spot with the expectation they will begin the 10th inning on second base. This could be fun, if you ask us.

More Baseball: Here’s How Fast Ball That Hit Masahiro Tanaka In The Head Was Traveling

Way less bunting
Speaking of bunting, extra innings might be the only time when you see players drop one down. MLB instituted a universal designated hitter for the season, leaving us without the pleasure of watching pitchers attempt to jack homers and run bases while wearing windbreakers. Consequently, bunting — which already was being phased out (only .16 bunts per team game last season; 56 percent from pitchers) — likely will be a seldom-used strategy. Though, there probably will be some National League managers who insist on calling bunts for no other reason than the love of old-time baseball, or something.

.400 hitter?
Daniel Murphy in 2016 carried a .400 through 38 games with the Washington Nationals. He was hitting .397 through 53 games before entering a relative slump. With that in mind, it certainly is possible we see a player finish the season with a .400 average, which would mark the first time anyone finished a campaign with at least a .400 batting average since Ted Williams hit .407 in 1953. Yes, there would be a giant, coronavirus-shaped asterisk on the Baseball Reference page, but it still would be cool to see a player hit .400. Mookie Betts probably would have the best shot. On the other end, there could be a bunch of players who finish below the Mendoza line.

Winless and/or perfect pitchers
There might be some statistical oddities on the mound, too. In the absurdly long history of baseball, only five pitchers have gone undefeated in a season in which they got 10 or more decisions. Clay Buchholz accomplished the feat in 2013 and is the last pitcher to do so. We’re sure there are similar stats about pitchers finishing seasons without any wins but, honestly, it was way harder to find that information. Anyway, assuming good health (huge assumption, we know), a pitcher could make us many as 11-12 starts this season. Let’s see some zeroes, fellas.

Super aggressive managing
The blurbs about “rovers” and extra innings probably could fall under this umbrella, but whatever. Given the importance of every game, managers could (should) pull out all the stops in racking up as many wins as possible. Hit-and-run in the first inning? Sure. Yank the starter in the second because he can’t find the plate? Go for it. Calling on the closer in the seventh put the kibosh on a little late-inning magic? Let’s go. Thankfully, there now are rules in place to prevent the never-ending righty-lefty nonsense that reached ridiculous levels in recent years.

COVID-19 stuff
Speaks for itself. You can click here for a rundown of all the safety protocols. Players won’t be allowed to spit on the field.

A team could lose a perfect game
That’s right. With a runner starting on second base in extra innings, it’s an entirely possible a team loses a game in which their pitcher(s) threw a perfect game. All it would take is a groundout and a sacrifice fly to score the runner — or millions of other possible variations. Talk about a buzz kill.

Pumped-in crowd noise
Multiple reports indicate networks like Fox Sports could experiment with pumping in crowd noise during broadcasts — because, you know, there won’t be any fans. The idea freaks out a lot of people, but it actually has been pulled off well during Bundesliga broadcasts. It’s like watching a sitcom… kinda. Plus, anything is better than what they’ve been doing in the KBO League.

An iffy club could win it all
A 162-game season has a way of weeding out the frauds. By the time the playoffs roll around, there normally aren’t any pretenders. But this year? Get ready for the Detroit Tigers to be in the hunt come September. Don’t be surprised if the Miami Marlins are sniffing a playoff spot. On second thought, neither of those scenarios are likely to play out; however, good-but-flawed teams — like the Boston Red Sox — could greatly benefit from the shortened schedule. All it’s going to take is a hot start, some decent pitching and a couple lucky bounces. 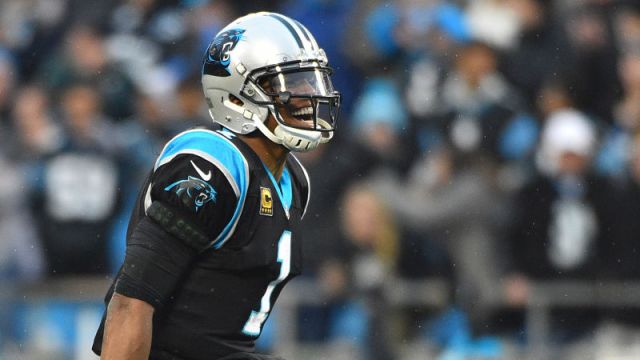 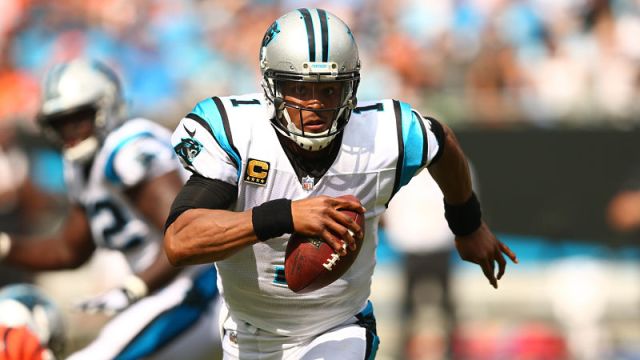