Bruins Going Back To Tuukka Rask In Goal For Game 2 Against Hurricanes - NESN.com Skip to content

Rask will start for Boston in Game 2 of its Stanley Cup Playoffs first-round series against the Carolina Hurricanes, head coach Bruce Cassidy announced Thursday afternoon. That’s despite the fact Rask played the entirety of the Bruins’ double-overtime win in Game 1 on Wednesday.

However, as Cassidy outlined after Game 1 and again Thursday, this situation is far different than the normal back-to-back. For starters, Wednesday’s game — despite going to double-overtime — started early, at 11 a.m. ET. Puck drop for Thursday night — assuming Tampa Bay and Columbus don’t play all night again — is set for 8 p.m. ET.

That’s a pretty big layoff. Typically, back-to-backs also involve travel, of which there’s none inside the Toronto bubble. Plus, despite the fact Wednesday’s game went to double-overtime, Rask wasn’t especially tasked, facing just 28 shots in over 80 minutes of work.

The Bruins now have begun a busy stretch of hockey, playing games at a higher frequency than they might be used to, especially in the playoffs. Cassidy says there’s plenty of planning going into lineup decisions, especially as it pertains to the goaltending.

“We know that you can?t just ignore the fact that there is a lot of hockey coming up and wear guys out,” he said Thursday. “It is playoff hockey and I think you try to stay in the moment as much as possible. But clearly, I think if you?re asking about our goaltending situation, have we pre-planned for that? We have. And again, as I said, with the Tuukka decision today, typically not a back-to-back guy. I think I just laid out the three factors that allowed us to do that. We?ll consider those down the road again.” 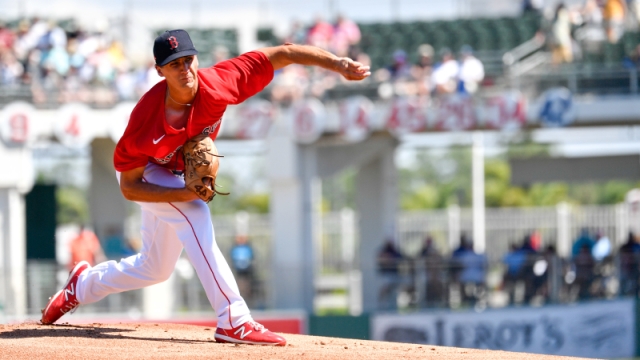