These are tough times to be a creature of habit.

The COVID-19 pandemic not only is affecting Major League Baseball on its surface, with the schedule shortened to 60 games and fans absent from ballparks across the country. It’s also wreaking havoc on some players whose gameday routines are paramount to their on-field success.

The Boston Red Sox slugger is regarded as one of MLB’s smartest hitters, largely because of his video work before, during and after games. His ability to find (and correct) flaws in his swing while studying film is impeccable, yet a limited access to video amid coronavirus concerns suddenly has forced him into an uncomfortable spot.

Perhaps that would explain why Martinez is off to such a slow start in 2020.

“I’ve said it before, when I was in Double-A, we had video. You can go back and look at your video in Double-A. So, I think guys are accustomed to that. You kind of depend on it,” Martinez told reporters during a video call Tuesday night after the Red Sox’s 5-1 loss to the Tampa Bay Rays at Tropicana Field. “The new wave of hitting. I said this before to you guys in spring training when you asked about it, it?s a new wave of hitting. Guys are more mechanical, they break down their swings, they look for certain movements and check certain spots that they get to at different times when they?re loading or when they’re landing. But all that is not a thing anymore.”

Martinez entered Wednesday batting .250 (10-for-40) with three RBIs and a .733 OPS through 10 games. He’s yet to connect for a home run after hitting an MLB-high 124 over the past three seasons.

To be fair, Martinez has shown signs of life over the past couple of contests, even delivering two doubles Tuesday in Boston’s losing effort. It’s obvious he’s still searching for some sense of normalcy, though, and that feeling-out process might be having a trickle-down effect on the rest of Boston’s offense.

Martinez usually is an important sounding board and resource for struggling teammates given his video expertise. Now, he’s working through his own issues at the plate.

“Guys are struggling and trying to work,” Martinez told reporters. “It’s tough when you don’t know what to work on or what to do, so everyone is feeling for stuff and it’s a tough situation. We’re only allowed to be here five hours before game time. That doesn’t leave a lot of time for work — for guys to go in the cage and grind it out and figure it out with the hitting coach, and stuff like that. It’s tough. It’s a tough hand. We’ve got to adjust, we’ve got to find a way to make it work, though. I told my guys, anytime they have anything, they know they can come up to me and ask me questions, and stuff like that. It’s just different. I don’t have that time to go in and break down guys’ swings and look at guys’ stuff and really dive into it.”

Look, players go through rough patches. And sometimes, they happen right out of the gate.

Martinez probably will be fine in the long run, but this particular slump will be harder than usual to bust given the diminished resources at his disposal. 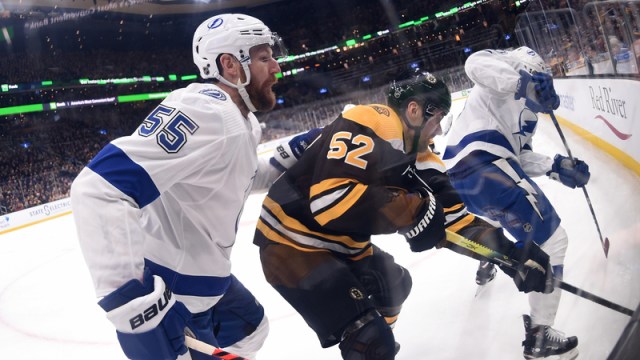 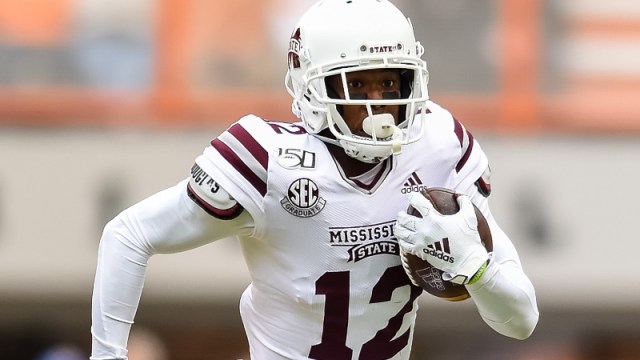 Patriots Re-Sign Another Undrafted Receiver After Marqise Lee Opts Out