Daniel Theis’ play Friday night was emblematic of the Boston Celtics’ as a whole.

In the first half, he looked lost. He was getting worked over on defense and had just four points to show for on the offensive end. The same thing was happening with many of his teammates.

But his fortunes turned around in the final 24 minutes, and so too did the C’s in their eventual 121-108 victory in Game 5 against the Miami Heat to keep their season alive.

So that begs the question: If not for Theis, is the Celtics’ season over Friday night?

It might be a little far to go there, sure, particularly with the way Jayson Tatum and Jaylen Brown played.

But Bam Adebayo has undressed the Celtics time and time again this series. If Theis stays on his heels and is unable to give the Celtics the boost they needed, the outcome undoubtedly could’ve been different — especially since the game wasn’t really out of reach until the waning minutes of the fourth quarter.

All season long, the frontcourt has been the Celtics’ biggest weakness. It’s remained a rough spot into the postseason, and the Miami series has seen Stevens have to cycle through a few different rotations that have Theis, Enes Kanter (who also had a nice game Friday), Robert Williams and Grant Williams involved to varying degrees.

But Friday was different, and it showed.

?We got a lot out of that center position tonight. And that?s important,” Celtics head coach Brad Stevens said after the game, via The Athletic’s Jay King.

So did Theis actually save Boston’s season? Maybe not.

But hey, maybe he did.

Here are some other notes from Celtics-Heat Game 6:

— Kanter played a big role in keeping the Celtics alive in the second quarter.

After a mostly listless opening 12 minutes by the Celtics, the insertion of Kanter — who had played a combined 16 minutes in the previous four games — gave Boston the jolt it needed in the second quarter to hang around.

“Just kind of kept us at bay. We were struggling,” Stevens said, via NBC Sports Boston. “Kanter’s points there in the paint I thought really helped. And kind of helped steady us and give us a chance at halftime.”

Kanter finished with eight points, four rebounds and two assists in 10 minutes. Surprisingly, the Heat just didn’t have an answer for him. He kept winning battles in the post, and all the while he didn’t get exploited on the pick-and-roll defensively.

— Tatum and Brown both carried the Celtics offensively in the second half, with a pair of Brown corner 3-pointers on consecutive trips down the floor in the fourth provided the Celtics with the cushion that seemed to put things out of reach once and for all.

Tatum logged 43 minutes and posted a game-high 31 points, grabbing 10 rebounds for the game’s other double-double.

As for Brown, he played 39 minutes and had 28 points with eight rebounds.

— Early on, it was perimeter shooting that looked like it was going to end the Celtics’ season.

Boston began the game insistent on shooting from the perimeter, and it resulted in a 1-for-9 clip from the field to begin the game.

Credit to the Celtics though, they got to the rim to get some points but also shot themselves out of the slump, finishing 12-for-38 (31.6 percent) from distance. 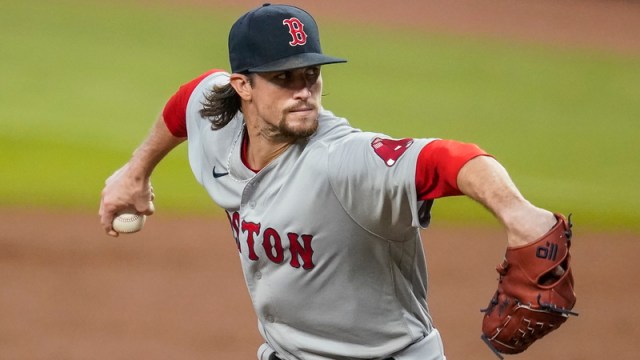 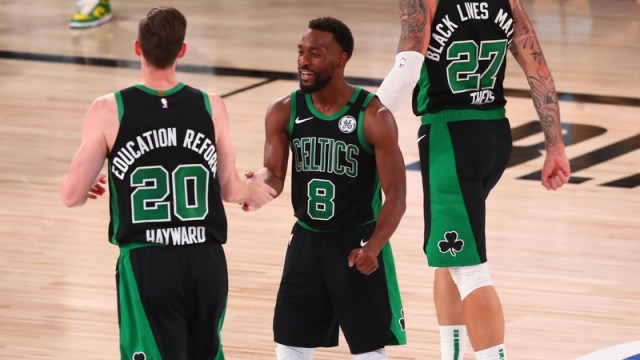