The Boston Celtics have bought themselves one more game.

Thanks to a simply tremendous second half, the Celtics beat the Miami Heat on Friday 121-108 inside the Orlando bubble.

After a largely lackluster first half, the Celtics exploded in the third and fourth quarters, outscoring the Heat 71-50 in the final 24 minutes.

Goran Dragic was one of five Heat shooters to score in double-figures, pacing Miami with 23 points before fouling out late in the game.

UGLY
Thanks to a 25-percent shooting clip from the field, the Celtics trailed 26-18 after one.

Using a strategy that seldom has worked, the Celtics were hellbent on taking perimeter shots. Thus, they began the first 4:50 of the game going 1-for-9 from the field before Brad Stevens called a timeout with Boston down 11-5.

Though the Celtics went to the rim more after the timeout, they did start hitting 3-pointers, which provided the lion’s share of points in an 8-0 run that cut the deficit to four.

Duncan Robinson heated up in the final minute though to up Miami’s lead and pace all players with 12 first-quarter points.

GETTING ON TRACK
After the horrid shooting start to the game, the Celtics settled in more in the second. The problem for Boston was that Miami didn’t really slow down. The C’s outscored the Heat 33-32 in the second to go into the half down 58-51.

A small run in which the Celtics outscored the Heat 9-4 brought Boston within five with 3:29 left in the half, and from there the two sides traded jabs much of the way.

The flow of the game stagnated in the final three minutes due to a pair of reviews, the latter of which was a needless look at a perceived hostile act that, shocker, was not ultimately confirmed by review.

Robinson led all players with 17 points in the first half. Enes Kanter entered for the Celtics and was great in the paint, scoring eight points while grabbing four rebounds.

SIGNS OF LIFE
The Celtics played arguably their best basketball of the series in the third, and it sent them into the fourth up 92-83 after outscoring the Heat 41-25 in the frame.

It didn’t get any quieter for the Celtics from there, either. By the time the Heat had to use their second timeout with 5:39 left following a pair of Tatum triples, they were being outscored by Boston 20-5 in the third.

The Heat hung around, thanks in large part to Goran Dragic, but the Celtics kept them mostly at arm’s reach the rest of the way.

Tatum was a monster in the period with 17 points.

HOLDING ON
Holding onto fourth-quarter leads has been, in a word, problematic for the Celtics against the Heat. But that was nary an issue in Game 5, with the C’s outscoring Miami 29-25 in the final 12 minutes to secure the win.

The Celtics kept their lead in the double-digits for much of the early stages, but what ultimately proved to be the dagger were corner 3-pointers knocked down by Brown on consecutive trips down the floor that extended Boston’s lead to 14 with 8:05 left.

From there, Boston had successfully taken the wind out of the Heat’s sails, and it cruised through the back half of the frame.

PLAY OF THE GAME
And to think this was before the Celtics really heated up.

UP NEXT
The Celtics and Heat will meet Sunday for Game 6 inside the bubble. Tip-off is set for 7:30 p.m. ET. 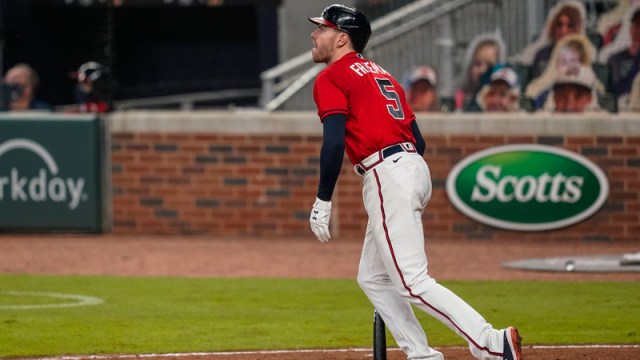 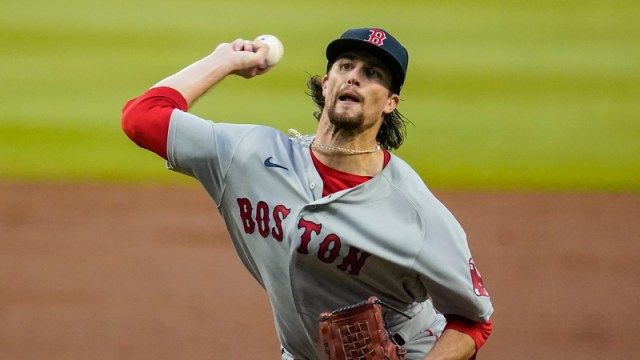