The Tampa Bay Rays did everything right Friday night, and it worked to their advantage.

Tampa Bay defeated the Boston Red Sox 11-1 at Tropicana Field behind a strong outing from Blake Snell, two home runs from Nate Lowe and an all left-handed lineup — the first time Major League Baseball saw a team do such a thing.

But it was Tampa’s pitching that was the MVP of the night, as it held the Red Sox to just one run on 11 hits.

After the game, Ron Roenicke had nothing but high praise for the pitchers.

“Their pitching is outstanding,” Roenicke said over Zoom. “Their starters are good. Their relievers are good. That’s what puts you in an elite class.”

Roenicke certainly isn’t wrong. Tampa Bay is atop the American League East standings, 4 1/2 games up on the Toronto Blue Jays, with a legitimate shot at claiming the division title.

Here are some other notes from Friday’s Red Sox-Rays game:

— Boston amassed 11 hits, but only two were for extra bases.

The Red Sox didn’t get on the board until the ninth inning to avoid the shutout.

— Speaking of shutouts, the Red Sox have yet to be shutout this season.

They have, however, shutout one opponent, which just so happens to be the Rays.

— Andrew Triggs pitched just one inning for the Red Sox and gave up a hit and a walk. So it certainly was a head-scratcher when he didn’t return for the second.

Roenicke revealed the original plan indeed was to keep him in longer. But Triggs pinched a nerve in his neck and needed to come out. Triggs will be evaluated Saturday and a decision whether he will go on the injured list will be made.

— Bobby Dalbec didn’t homer in his sixth straight game Friday, but he did continue to be a bright spot for the Red Sox.

— Rafael Devers also continued his offensive burst, going 2-for-4 in the game.

— Some good news on the pitching front for Boston: Nathan Eovaldi will return to the mound Saturday after dealing with a calf cramp since the end of August. 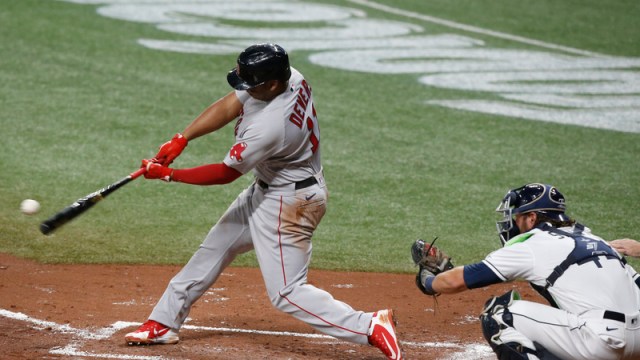 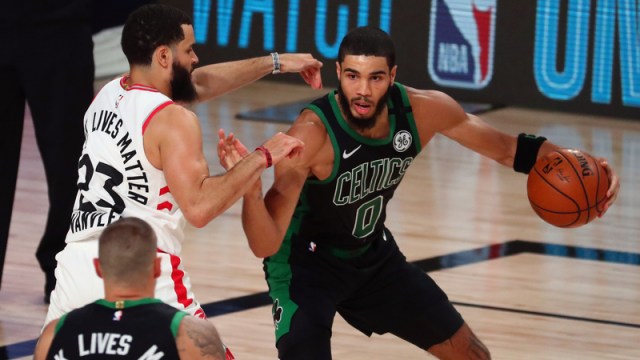 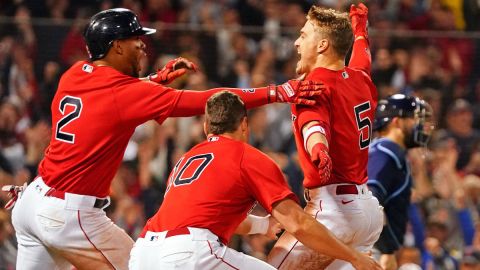 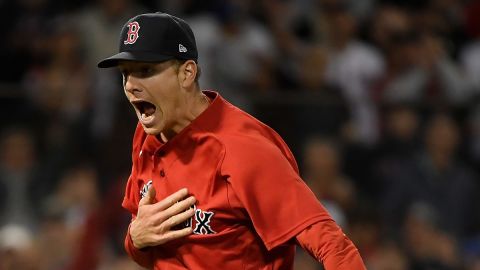