The Boston Bruins, the reigning Presidents’ Trophy winner with a championship window still open, should be doing what they can to improve their short-term championship prospects this season.

But that doesn’t mean they shouldn’t have an eye on the future, either.

The NHL’s delayed offseason is officially upon us, and the draft is less than a week away. Bruins general manager Don Sweeney has made it a priority to improve his team after the eventual Stanley Cup champion Tampa Bay Lightning eliminated Boston in the second round of the playoffs.

Sweeney and his group must continue to build for the future, too, which they can do in the draft. However, the Bruins are without a first-round pick after trading it to the Anaheim Ducks at the NHL trade deadline as part of a deal that included sending David Backes (and most of his contract) to the Ducks in exchange for Ondrej Kase.

Of course, just because the Bruins don’t currently have a first-round pick doesn’t mean they won’t acquire one between now and Oct. 6. The Bruins, according to reports, sound active in trade talks, but there’s nothing yet (that we know of) indicating Sweeney is trying to get back into the first round.

Before we dig in too much, here’s the Bruins’ full arsenal of draft picks:

By virtue of their tremendous regular season, 56 names will be called before the Bruins make their first pick at the end of the second round. In addition to not having a first-round pick, Boston also is without a fourth-round pick, stemming from its deadline deal to acquire Marcus Johansson from the Devils in 2019.

Theoretically, the Bruins could package current and future draft picks to move into the first round. That won’t be easy, at least not with their 2020 chest.

St. Lawrence University professor Michael Schuckers did a thorough study of NHL draft pick value about 10 years ago. He built a draft pick chart, similar to the famous Jimmy Johnson draft pick value chart for the NFL draft. The chart is probably a little outdated, especially considering the fact there are now 31 teams in the NHL.

For argument’s sake, though, let’s say the Bruins have a player they covet who is still available at No. 25 where the Colorado Avalanche are slated to pick. According to the value chart, the 25th pick is worth 302 points. The Bruins’ second-round pick (No. 58) is worth 176 points, and the third-round pick (No. 89) is worth 134 points. Those two picks are worth a combined 310 points, so based on the chart alone, that would be enough to swing a deal.

It probably goes without saying the Bruins — or any team — have to really like a player in order to trade a second- and a third-round pick to get that player. It’s all purely hypothetical, of course.

There is, however, another way to get into the first round, and that’s trading players either on the Bruins’ roster or in the system. This obviously takes a little more creativity and probably is a little tougher for an executive to stomach.

It is, however, something Sweeney has done in the past. Just after getting the GM job, Sweeney traded hulking forward Milan Lucic to the Los Angeles Kings.

It would be borderline reckless for us to speculate on what roster players the Bruins could move in a trade to get into the first round. There are too many variables. For example, trading for the No. 13 pick is gonna be much different than trading for No. 28. We also don’t know how the flat salary cap and 2020-21 uncertainty will affect asking prices.

The most likely scenario sure feels like the first round comes and goes without the Bruins’ involvement. That, however, can change in the blink of an eye.

Would Trade For Coyotes’ Oliver Ekman-Larsson Make Sense For Bruins? 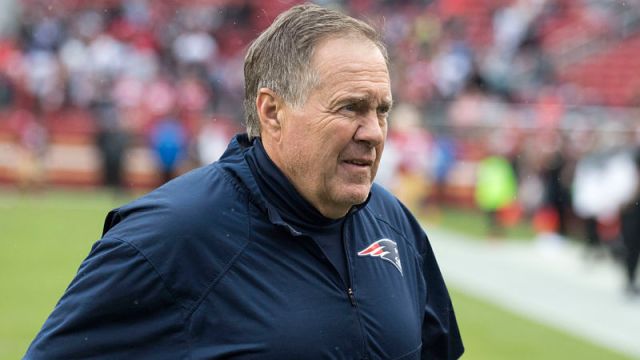 Bill Belichick Hints At Key Matchup Ahead Of Patriots’ Showdown Vs. Chiefs 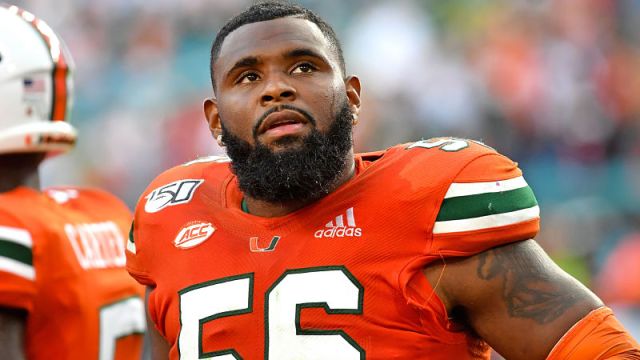