Why Patriots' Damien Harris Could Be Poised For Another Big Game Vs. Texans - NESN.com Skip to content

Don’t be surprised if a fourth comes this Sunday.

On paper, this week’s matchup against the Houston Texans looks like a golden opportunity for Harris, who’s thrived since replacing an injured Sony Michel as New England’s lead back.

The Texans have faced four of the top six rushing offenses this season. They allowed 230 rushing yards to the Baltimore Ravens (second) in Week 2, 162 to the Minnesota Vikings (fifth) in Week 4, 263 to the Tennessee Titans (sixth) in Week 6 and 231 to the Cleveland Browns (fourth) last Sunday.

That, folks, is a mismatch.

Leading that charge lately has been Harris, who’s wowed with his burst, vision and pure power. The 2019 third-round draft pick is averaging 5.5 yards per carry since his Week 4 debut, tied for third-best among qualified running backs this season behind Nick Chubb and Miles Sanders.

In Sunday’s upset win over the Ravens, Harris carried 22 times for a career-high 121 yards, including five runs of 12-plus yards.

“Every time I touch the ball, I’m running to score,” Harris said Thursday in a video conference. “I know that I’m going to get hit, and I know that there’s going to be people trying to tackle me, and I know that my job is to not get tackled.

Harris has been excellent — and, in our opinion, should not lose touches to Michel once the latter is activated off injured reserve — but a large share of the credit for his breakout goes to the Patriots’ offensive line.

That group has mauled opponents for much of this season, ranking third in the NFL in adjusted line yards and first in stuffed rate (percentage of runs resulting in a loss of yardage or no gain), according to Football Outsiders.

“I’ll be honest, when you have an offensive line that’s as impressive and as great as ours is, you kind of stop getting surprised,” Harris said. “Because, I mean, those guys just do such a great job and they work their tails off day in and day out at practice. …

Quarterback Cam Newton also is tied for third among all NFL players in rushing touchdowns this season with nine, and Rex Burkhead has been a productive dual-threat back of late, averaging 4.8 yards per carry and scoring three total touchdowns (one rushing, two receiving) during New England’s current two-game win streak. 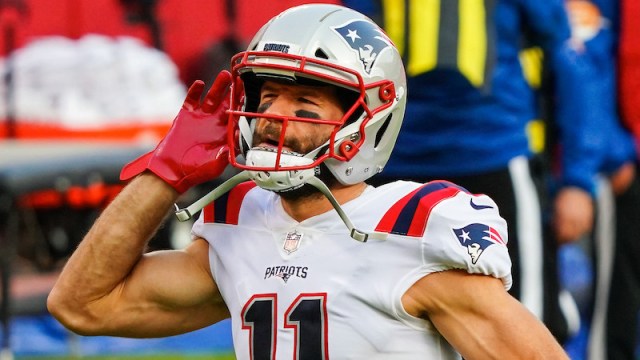 Patriots Mailbag: How Julian Edelman Should Be Used In Eventual Return 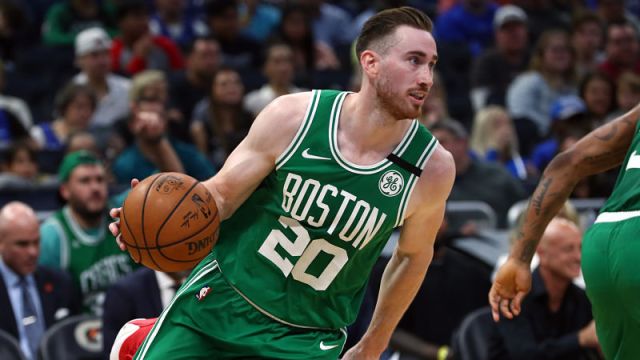