The Red Sox reportedly have their eyes on a KBO superstar.

Boston is among at least six teams pursing star Korean shortstop Ha-Seong Kim, according to Bae Ji-Heon of South Korea?s Naver News. Major League Baseball teams have until Jan. 1 to bid for Kim, who reportedly is expected to earn a contract worth roughly $7 million per year over four seasons.

Here’s Ji-Heon’s report, which can be (roughly) translated by clicking on the tweet and then the clicking “translate.”

Kim already has made his decision, according to Hwan-Hee Seong of Korean newspaper Hankook Ilbo.

Here’s a summary of his report, courtesy of Red Sox Stats:

Kim has emerged as a star during his seven seasons in KBO. He hit .306 with 30 homers, 109 RBIs, 23 stolen bases and 75 walks last season for the Kiwoom Heroes.

The 25-year-old has won two straight KBO Golden Glove Awards while splitting time at third base and shortstop. 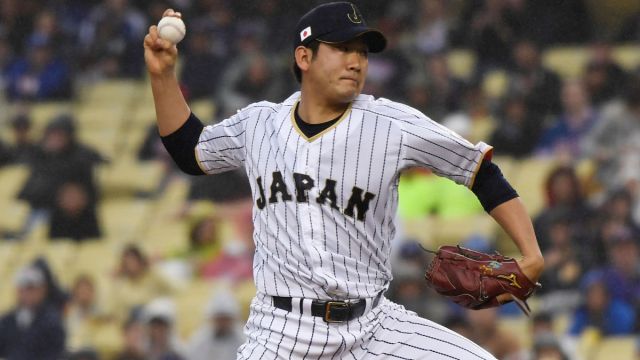