The same story is written nearly every year in New England: The Patriots found yet another standout undrafted cornerback.

Ho hum. Did you hear the earth revolved around the sun again? Was there a snowstorm in New England too? Pretty crazy.

This undrafted rookie, Myles Bryant, is only loosely categorized as a corner. The Patriots initially viewed him as one until he proved he could handle much more by the end of the summer.

“We were trying to evaluate him at the corner position first,” Patriots head coach Bill Belichick said Tuesday. “But, between doing scout team and having depth just in general on defense, he?s learned some other positions, as well — more safety-type roles. But, he?s a smart kid, he?s picked things up well and he?s shown that he can handle multiple positions and multiple roles and function effectively in them. So, he?s done a good job for us.”

Bryant, a rookie out of the University of Washington, has played equally this season in the slot (24 snaps), in the box (23 snaps) and at free safety (28 snaps), primarily in quarters defensive personnel packages. He’s also played seven snaps on the line of scrimmage in the front seven. He recorded his first career interception Thursday against the Los Angeles Rams while tracking wide receiver Robert Woods from the slot in motion.

He’s let up just three catches on six targets for 35 yards this season.

Bryant, 22, played all over the field during his time with the Huskies, as well, so it shouldn?t come as a major surprise that the 5-foot-9, 185-pound defender comes with versatility. He primarily played slot cornerback as a sophomore and junior at Washington before moving to safety as a senior in 2019.

“Coach (Jimmy) Lake up there at the University of Washington does a good job, not only with me, but he did a good job with everybody just preparing us ready to play any role,” Bryant said last week. “It’s just the ability to learn all of those position, and I thank Coach Lake from the University of Washington for preparing me for that opportunity.”

The undersized defender said earlier this month that some of his coaches at Washington had visited and shadowed in New England and that he was familiar with some of the Patriots’ concepts because of that.

Bryant began the season on the practice squad until he was elevated prior to Week 2. He didn?t actually make his Patriots debut until Week 8, starting his career as a scout-team player. He even took reps at quarterback and running back before earning a defensive role.

Now Bryant follows in the footsteps of Randall Gay, Malcolm Butler, Jonathan Jones, JC Jackson, Cre?von LeBlanc, Kenny Moore and Justin Coleman as a legit NFL defensive back found by the Patriots after teams passed him up in the draft. New England actually has had more success signing undrafted cornerbacks than it’s had drafting defensive backs in the middle rounds, where the franchise missed on players like Duke Dawson and Cyrus Jones.

Bryant was a valuable find seeing as the Patriots needed an influx of youth in their secondary. Cornerback/safety Jason McCourty will be a free agent after the season. Safeties Devin McCourty and Adrian Phillips are set to hit free agency in 2022. Jackson will be a restricted free agent this offseason, and fellow cornerback Stephon Gilmore will need a new contract or a trade after the current campaign. Safety Patrick Chung opted out this season but considered retirement already.

The Patriots? new-look secondary could be built around Jackson, Bryant, Jones, Joejuan Williams and Kyle Dugger.

Dugger, a 2020 second-round pick, already looks like the future at strong safety. Both Jones and Bryant can play in the slot or at free safety, though, with his speed, Jones might be the better fit at free safety which would enable Bryant to play the slot. The Patriots would be smart to lock up Jackson to play cornerback long into the future. Williams? role is still uncertain. The 2019 second-round pick has mostly covered tight ends this season, but he?s been blocked by Gilmore, Jackson and Jason McCourty at cornerback. He could take on a bigger role against receivers as early as next season.

The Patriots also have two promising young cornerbacks on their practice squad in undersized slot man D?Angelo Ross, another undrafted free agent, and Michael Jackson Sr., who has outside cornerback or safety size at 6-foot-1, 210 pounds.

New England has put together a pretty impressive rookie class as Dugger, Bryant, running back J.J. Taylor, wide receiver Isaiah Zuber, offensive linemen Justin Herron and Michael Onwenu and linebackers Josh Uche and Anfernee Jennings have all contributed. The Patriots are still waiting on some production out of tight ends Devin Asiasi and Dalton Keene, both taken in the third round, and fifth-round pick Justin Rohrwasser is relegated to practice-squad duties as a kicker behind Nick Folk.

That Bryant is already making plays and being trusted to move around the defense bodes well for his future in New England. 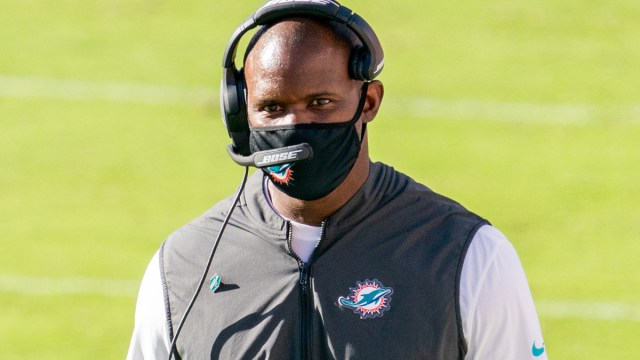 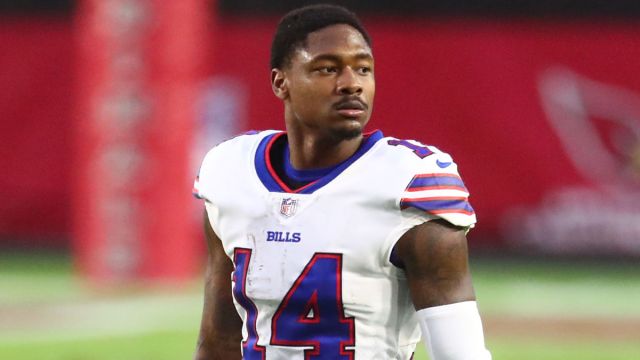