The day finally has arrived.

On Wednesday night, the puck will drop on the 2020-21 NHL season, in which the Tampa Bay Lightning will try to defend their Stanley Cup title.

NESN.com’s Lauren Campbell and Logan Mullen have made not only their Stanley Cup picks for this season but also their preseason choices for the NHL’s annual awards.

Stanley Cup
Lauren: Colorado Avalanche over Tampa Bay Lightning
I was big on the Avs last season and have no reason to think they’ll regress this season. Colorado averaged 3.37 goals per game in 2019 and was without three of its top four forwards at points during the season. So, with Nazem Kadri, Mikko Rantanen and Gabriel Landeskog back in the mix alongside Nathan MacKinnon, coupled with the goalie tandem of Philipp Grubauer and Pavel Francouz, this Avalanche team will be dangerous.

Tampa is a tough team, there’s no denying that. But the Lightning won’t be able to make it back-to-back Stanley Cup championships against a complete Avalanche team.

Logan: Colorado Avalanche over Toronto Maple Leafs
I think the Avs are the undisputed best team in the NHL entering the season, and the Leafs might benefit from coming out of the North Division, which is guaranteed to have one of the final four teams.

Maybe this is the year all the pieces come together in Toronto, and the highly paid forward group makes up for just an OK defense. Even still, the buzz saw that is Nathan MacKinnon and the Avalanche proves too much.

Hart Memorial Trophy (most valuable player)
Lauren: Nathan MacKinnon, Colorado Avalanche
MacKinnnon was snubbed last year, but this season will be different as he’ll be a Stanley Cup champ and a Hart Trophy winner.

If MacKinnon stays healthy (his track record is positive) and continues to find the back of the net, he should have no issue locking up the award.

Logan: Artemi Panarin, New York Rangers
I’ve got news for you: It should’ve been Panarin last year. He without question was more valuable to his team than any other player on any other team in the NHL.

However, the Rangers likely will take a jump this year, thus earning more respect nationally. If Panarin can lead the way while New York fights through a tough East Division, he’ll get the credit he’s due.

James Norris Memorial Trophy (best defenseman)
Lauren: John Carlson, Washington Capitals
Carlson long has been a top defenseman in the league, and 2021 will be the year he gets his due.

Carlson carries a heavy workload of minutes each game and never seems to falter. With a 56-game season ahead of him, this might be the perfect time to finally get his first Norris Trophy.

Logan: Miro Heiskanen, Dallas Stars
The Stars have been so loaded on defense the last few years that it’s overshadowed just how good Heiskanen is individually.

He’s a really solid defender, and his offensive numbers were rising last season. If his offensive play keeps climbing (something too many voters take into account for the award), he has the defensive ability to back it up. I’m rolling with the 21-year-old Finn.

Kopitar might never rack up 92 points in a shortened season, but he did manage to amass 42 in 47 games during a partially locked out 2012-13 campaign. Even though that was eight years ago, Kopitar still is a capable player who takes on plenty of minutes and racks up plenty of points to help his team.

Logan: Anthony Cirelli, Tampa Bay Lightning
Part of the reason Cirelli’s contract negotiations took so long is because he deserves to be paid well, and the Lightning were cash-strapped this offseason.

The Bolts pivot absolutely is on his way to becoming part of the Patrice Bergeron/Kopitar ilk of always being up for the Selke. It was good to see him pop up on some ballots last season, and he should keep progressing.

Vezina Trophy (best goaltender)
Lauren: Tuukka Rask, Boston Bruins
Rask has proven season after season that he deserves to be in the Vezina conversation. He was beat out by Connor Hellebuyck last season, but with the 33-year-old playing in a contract year with what’s sure to be a tough workload ahead of him, Bruins fans might get the best version of Rask they’ve seen.

Logan: Tuukka Rask, Boston Bruins
The Bruins are going through a youth movement on defense, which means there likely will be some growing pains. And with growing pains on defense comes plenty of shots for the netminder to handle.

That means Rask, who was nails last season and a Vezina finalist, should see plenty of action, and it’ll come in a contract year. That’s a lot of things positioning Rask for a huge season.

Calder Memorial Trophy (rookie of the year)
Lauren: Alexis Lafrenière, New York Rangers
Taking the No. 1 overall NHL draft pick seems like the easy way out, I will admit. But it’s hard to go against Lafrenière.

The young forward is coming off a 112-point campaign in the QMJHL and will immediately be slotted into a Rangers offense that’s stacked with veteran talent that will help him have a strong rookie season.

Logan: Tim Stutzle, Ottawa Senators
I might have recency bias here because he was such a horse in World Juniors, but Stutzle seems plenty NHL ready.

And unlike Lafrenière, who likely will get a more sheltered role with the Rangers loaded up front, Stutzle should get a ton of ice time in big situations for Ottawa right off the jump. 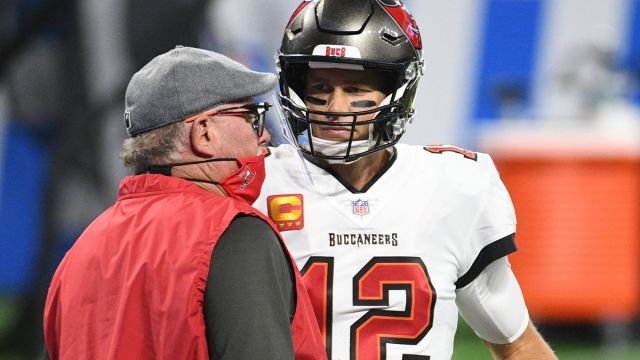 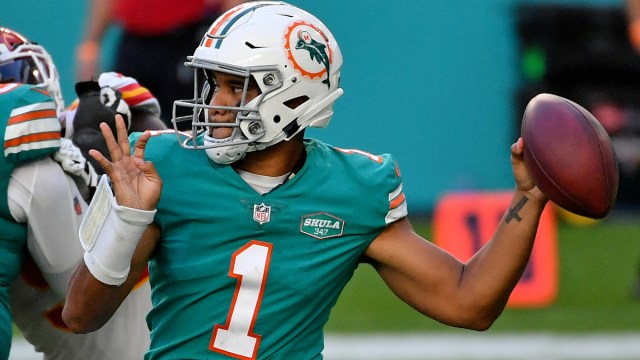