Kemba Walker scored nine points in a matter of 40 seconds Friday night, helping the Boston Celtics take a 25-point advantage at the half before pulling out a 121-109 victory over the Atlanta Hawks at TD Garden.

And while Walker scored 20 of his team-high 28 points before the intermission, the All-Star point guard was equally as crucial down the stretch. He finished on a clutch three-point play midway through the fourth, hit his fifth 3-pointer to put Boston up 13 points and took a charge with one minute remaining in a then-10 point game.

Walker’s 28 points Friday were a season-high, surpassing his previous of 25 from last week’s loss against Washington. Walker also filled the stat sheet with six assists, five rebounds, three steals and even one block while compiling a team best plus-26.

“You can tell he’s coming along,” Tatum, who scored 25 points, told reporters after the game. “Each and every game he just feels, seems, looks a lot more like himself. That’s what we all expected. So, hopefully we can just get him out there more often.”

Stevens noted how its been multiple games which Walker has played at a high level.

“Kemba has been really good. We’ve struggled through this stretch, right? And there’s been a lot of angst, and a lot of talk, but in three of the last four games Kemba’s played, we’ve won. And in all four games he’s played pretty darn well,” Stevens told reporters after the game. “You can tell he’s really coming, and that’s a real positive for our team.

“He was by far our best player in Washington and then he was good against Denver and then I thought he was terrific tonight and took on a challenge of chasing (Trae) Young all over the place, too — which he ended with 31, but I thought the first three and a half quarters we guarded him pretty well,” Stevens added.

Walker did not play in the Celtics’ 122-114 loss to the Hawks on Wednesday as it was the second night of a back-to-back. That extra night of rest, though, seems to really be helping Walker. He scored 24 points in a win over the Clippers and 25 against the Wizards, both of which came after being held out of the game prior.

“He feels great. I think the max of what he would play anytime in the near future is what he played tonight,” Stevens said. “… But, I know this sounds crazy, but that extra night off, there’s a reason he looks fresher, right? And (Daniel) Theis too, Theis just looked different tonight.”

Here are some other notes from Celtics-Hawks:

— The high-low post connection of Tristan Thompson and Theis was on display throughout Friday’s game.

Theis hit Thompson on the low block for a few baskets in the third quarter while Thompson exchanged the favor with Theis during the fourth. It helped the C’s control the paint on both ends of the floor, outscoring Atlanta 66-52 inside.

“I think they got a better feel from playing with one another. I thought that changed a little bit in the past few weeks,” Stevens said of the duo. “We’re able to take advantage of the catches at the elbow, the high-low, both in zone and in man. Both Theis and Tristan were excellent when they played together today, I thought.”

— Walker called Friday a “great win” despite the fact it came against a Hawks team which was 12-17. But as Boston players have said before, it’s about remaining consistent and doing it again next time on the floor.

“It was a great win for us. I thought we played well,” Walker said. “We moved the basketball, defensively we were in the right spots, communication was up to par. It was a good win to get. Hopefully we can just build off this.”

— Aaron Nesmith exited the game in the fourth quarter and had to be helped off the floor, but it doesn’t sound like a major injury for the Celtics rookie.

“I was told he could go back in,” Stevens said of the first-rounder. “I don’t know what that means other than they felt good enough that he could go back. They wouldn’t have done that if there was any long term concern. So, that’s good news.” 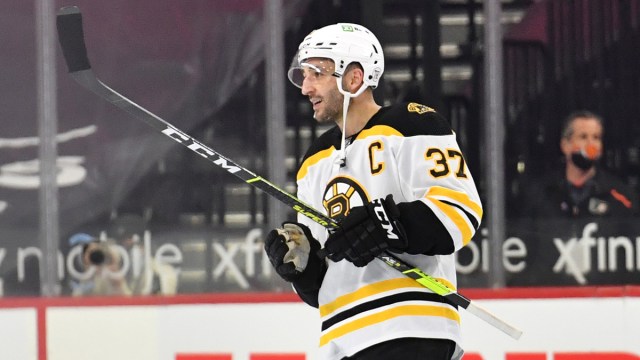 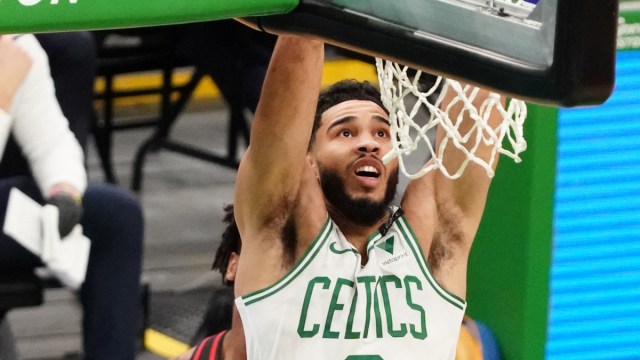