The Celtics reportedly are interested in a potential Aaron Gordon trade, but what would it take to pry the young forward from the Magic?

Boston reportedly has “engaged” in talks with Orlando about Gordon, who requested a trade in February. The Athletic reporters Jared Weiss and Sam Amick on Monday offered insight into what the Magic want in return for the fourth overall pick from the 2014 NBA Draft.

Check out this excerpt from their column:

The Magic have been listening to offers for Gordon going back to last season, maintaining an asking price of multiple first-round picks or a pick with a good young player, per sources. But with Gordon having made it clear last month that he?s ready to move on, and interested teams well aware that he?s eager for a new start in a competitive environment where he can play a pivotal role, it still remains to be seen if a Gordon deal will go down.

The desired package has remained in the same ballpark at the deadline, but the Magic recognize this is the optimal time to get a Gordon deal done and may finally inch closer to the middle of the table. With Gordon showing little progress on a losing team and entering the final year of his contract, his value will decline this summer.

As for Boston’s $28.5 million trade exception, as well as the players currently on its roster that Danny Ainge could part with, here’s more from Weiss and Amick:

Though Boston can use Tristan Thompson?s $9.5 million salary as a base for salary matching in addition to prospects like Payton Pritchard, Romeo Langford or Aaron Nesmith, several league sources have indicated over the past week that the Celtics absorbing Gordon, or another major trade target, into their $28.5 million trade exception would be preferable to including Thompson.

So, is that too much for the Celtics to give up? It’s tough to say. Gordon is a good player but never has been considered elite and never has been named to the Eastern Conference All-Star team. The Arizona product is averaging 14.7 points, 6.8 rebounds and 4.2 assists per game this season.

The NBA trade deadline is scheduled for 3 p.m. ET on Thursday. 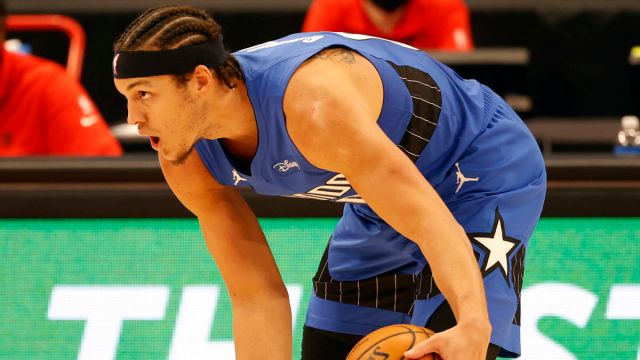