Bruins Notes: What Don Sweeney Had To Say At Press Conference Skip to content

Don Sweeney was a busy man ahead of the NHL’s trade deadline as he was able to make some moves for the Boston Bruins.

Taylor Hall was acquired from the Buffalo Sabres, along with Curtis Lazar, for Anders Bjrok and a 2021 draft pick. Mike Reilly also was traded from the Ottawa Senators to the Bruins.

Sweeney met with the media Monday to discuss the moves and potential plans for Hall’s playing time with his new team. He also went in depth about about the moves that were made, including trading Anders Bjork to the Sabres, Hall’s scoring struggles this season and what Lazar and Reilly will bring to the Bruins.

“I think I’ll start by wishing Anders Bjork well with Buffalo. Obviously, these are tougher deals to make when you have an invested young player that you know in the past, so you wish him well. We’re excited about the three players we were able to add,” Sweeney told reporters. “Trying to touch up on a couple of areas ? five-on-five scoring, I know Taylor hasn’t scored at the previous levels as in years past that he has. I think if you look a little bit below the surface, he’s had a lot scoring opportunities that haven’t gone in. Whether that’s just bad puck luck or whether that’s things he needs to do differently, make some little adjustments. We’re going to point some things out to him but ultimately, we think he adds to the depth and balance of our club.

“… Obviously, Taylor’s extremely motivated, he’s excited to be here. As he pointed out, we had some talks over the summer. Didn’t go so we’d be able to sign him then. Called him throughout the course of the year and revisited the opportunity to bring him in. And Curtis checks a couple boxes for us: the center position, a two-position player, having some experience, adding some heaviness to the bottom part of the lineup. Adding some versatility, I think, if we want to mix and match that bottom six. So we’re excited and he’s also extremely excited to join our club and really be in a playoff mindset to try to get our club into the playoffs. Mike Reilly, a player we’ve seen grow from his time in Minnesota and Montreal and then moving on to Ottawa with a much-elevated role. Puck moving, transition game, skating ability. Even saw the difference when Matt Grzelyck went out of the lineup. We want to be a team with transitions a little cleaner at times. He’s produced offensively, offensive blue liner. Not necessarily scoring but contributing point-production wise. Has played in all the situations and has been in elevated roles in with Ottawa and you’ve seen growth in his game in both a competitive standpoint, but also overall.”

We’ll see how the trio fits in with their team soon enough.

Here are some other notes from Sweeney’s post-deadline press conference:

— Lazar won’t play Tuesday due to a lower-body injury.

“Curtis will be a few days before he gets over his lower-body injury,” Sweeney said.

Reilly and Hall both drove to Boston and won’t need to quarantine.

— The Bruins’ blue line is a bit depleted at the moment with Matt Grzelcyk, Charlie McAvoy and Brandon Carlo all dealing with injuries. Not to mention, the team (understandably) is being cautious with Kevan Miller.

Sweeney applauded those who have stepped up, and noted the Bruins will need them throughout the season.

“It’s been a challenge from the course of the year. I did some math and we’ve had significant man games lost in the guys that we put together as a potential top-six starting,” Sweeney said. “We’ve had some players that have really filled in admirably: Connor (Clifton) and (Steven) Kampfer on the right side have done a really nice job coming in and playing some quality minutes. We’re going to need them throughout ? we’re going to need everybody. We’ve already used 12 guys, and we’re hopeful that we’ll get some guys back. … No excuses whatsoever with our hockey club on that. But we do need to get healthy and stay healthy, and Kevan Miller and Charlie and Brandon on the right side are a big part of that.”

— Hall only has two goals on the season, but Sweeney said the forward is “motivated” to finish his chances and be better scorer.

“… Hopefully, Taylor can use his speed and gain some separation and push defensemen back, he can certainly prove he’s gotten around defensemen to get pucks to the net. And obviously having the chance to play with either Charlie (Coyle) to play off of that or possibly Krech who can get him the puck in those areas while he’s in motion. He’s gotten scoring chances, he just hasn’t finished at the same level as he’s had in previous years. And you never know ? I mean, that’s obviously what we’re hoping for. He’s motivated to do that. We’re going to give him an opportunity and see if he can ride with it.”

— One major thing from Monday was that the Bruins did not trade their first-round pick in the 2021 NHL Draft. Sweeney said it never was ruled out, and “several different opportunities” were explored.

“It?s never in the overriding rule for us that we wouldn?t do it. We felt that obviously the market dictates a lot of times what you have to give up to get a player that you want. We explored several different opportunities and hockey trades and situations where we?ll pull the trigger, right or wrong and that?s part of the job,” Sweeney said. “You hope you?re pulling it for the right reasons more than the wrong and you live it. But our group did an awful lot of work.” 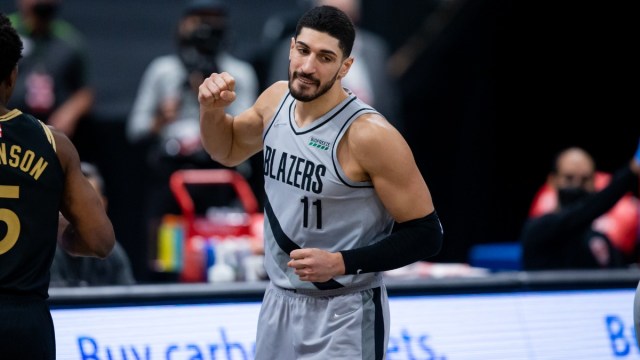 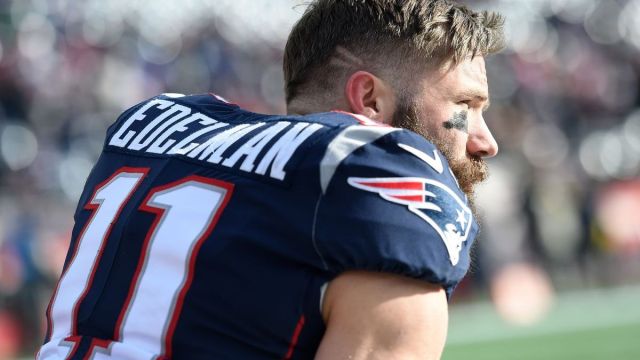