Celtics wing Jaylen Brown seems to have taken Tuesday’s loss to the Philadelphia 76ers to heart, and it helped him lead Boston to a rebound win over the visiting New York Knicks on Wednesday.

“Yesterday was a tough one for us. That wasn?t our best showing,” Brown said on a video conference after Boston’s 101-99 victory over the Knicks. “So, I talked to JT (Jayson Tatum) before the game and we almost had to just forget about everything. And I just said, ‘Let?s just come out and play basketball. Be aggressive. Be our best version of ourselves.’

“There?s so much outside noise, so many things shifting around, I just needed to come out and be Jaylen. Our team played great together tonight,” Brown continued.

Brown explained how playing like himself meant being more aggressive and more involved in the action. He was able to do so Wednesday to the tune of a game-high 32 points on 12-for-26 from the field. Brown added 10 rebounds, three assists and two steals, as well.

It was only Brown’s second double-double in the last seven games while his three assists were the most in his last eight contests.

The NBA All-Star further explained what that conversation with Tatum included.

“Yeah, I initiated it. Soon as we came in my energy was upbeat,” Brown said. “I was just, I had a conversation with him like, ‘We know yesterday was not our best showing, but like, let’s just play basketball. I got you you, you got me. Let’s run, let’s be us and have a great game.’

“I think that’s kind of what got things going for us. (Marcus) Smart led the way with his energy, as well,” Brown continued. “… Everybody stepped up and made big plays in big moments? That’s what we needed as a team.?

Of course, it’s not the first time members of the Celtics have come together to try to put their frustrations behind them. Smart revealed how Boston had come together for a team meeting less than three weeks ago.

But during a up-and-down campaign like the one the Celtics are on, Brown seems to think those talks shouldn’t be as few and far between.

“We probably should have had those conversations just more,” Brown said. “Sometimes the way things are going and how much pressure we get from you guys, in the media, kind of makes us less open to talk or more upset about things that aren’t that big of a deal. In hindsight, things could be worse. I think we still have a chance to make a run. We still have a chance to do everything we said we wanted to do. So, sometimes one game just tends to carry over. Today, we didn?t let that happen.”

The Celtics have won three of their last four, but remain at .500 on the season. We’ll see if Brown and the Celtics can carry that mindset into their next contest against the Minnesota Timberwolves on Friday. 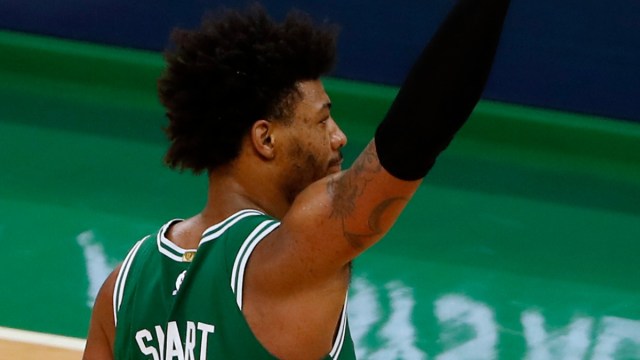 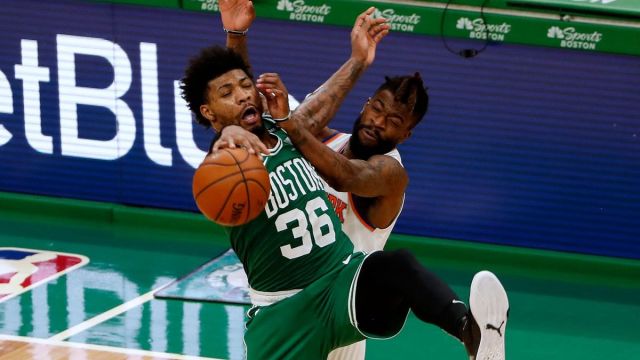 Celtics ‘Believe In Resolve’ Of Marcus Smart With Game-Winner Vs. Knicks