Potential Patriots: Picking Safety In Every Round Of 2021 NFL Draft Skip to content

The New England Patriots have had one of the best safety groups in the NFL for almost a decade, but it might be time to inject even more youth into the position group.

The Patriots took Kyle Dugger in the second round of the 2020 NFL Draft, and it’s likely that he’ll fill a role similar to the one Patrick Chung served from 2013 to 2019 in New England’s defense as a big, athletic presence in the middle of the field. Devin McCourty, 33, is set to hit free agency next offseason, and the Patriots don’t have an obvious fill-in for his free safety spot.

So, while the Patriots took a box safety last spring, this might be the year to grab a rangier free safety who can protect the back half of the field in 2022 and beyond.

Before we identify potential Patriots, let’s first look at the team’s drafting history at the position. McCourty is not listed because he was drafted as a cornerback before moving to safety. The Patriots could take a similar approach to fill their free safety spot and move someone like slot cornerback Jonathan Jones back there in the future.

The Patriots typically value speed, agility and explosion when they take a safety. They care less about size.

We devised a metric to rate each 2021 NFL Draft prospect?s fit in New England. Here’s this year’s crop of safeties sorted by Arif Hasan of The Athletic’s composite draft rankings. We included undersized linebacker Jeremiah Owusu-Koramoah.

First Round: Jeremiah Owusu-Koramoah, Notre Dame
Owusu-Koramoah is typically listed as a linebacker, but he’s essentially the exact same size as Dugger, a safety.

If the Patriots drafted Owusu-Koramoah, he would be somewhat redundant with Dugger. Owusu-Koramoah does have more experience in the slot, while Dugger potentially could have the range to move to free safety.

Second Round: Jevon Holland, Oregon
Holland opted out for the 2020 season but played free safety, in the box and as a slot cornerback in his first two college seasons. Holland could have the range to play free safety in the NFL. He was a playmaker with the Ducks, registering nine interceptions and 19 pass breakups in two seasons.

Third Round: Hamsah Nasirildeen, Florida State
Nasirildeen is massive at 6-foot-3, 215 pounds, and PFF listed his biggest strength as “tackling.” Patriots head coach Bill Belichick demands that ability out of his defensive backs.

Nasirildeen played all over the Seminoles’ defense from free safety to the slot and the box. He tore his ACL in 2019.

Fifth Round: James Wiggins, Cincinnati
The first of two Cincinnati safeties, Wiggins missed his junior season with a torn ACL but rebounded strongly in 2020, splitting his time between free safety, strong safety and the slot.

Sixth Round: Darrick Forrest, Cincinnati
Forrest has ideal size and athleticism and contributed on special teams with the Bearcats. He was a senior captain and has the versatility to play in the box or back deep.

Seventh Round: Tyler Coyle, Purdue
Coyle began his career at UConn before transferring to Purdue as a senior. He’s worthy of a late-round flier based on his combination of size and athleticism alone. 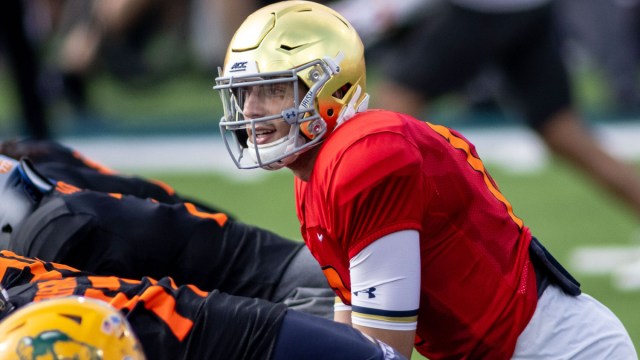 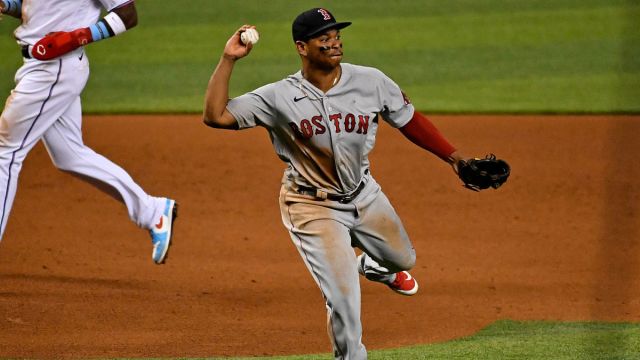