The mystery of when or if Danny Santana will make his Boston Red Sox debut continues to live on.

Santana has been enjoying success with the Worcester Red Sox, and was not in lineup for Boston’s Triple-A affiliate for Thursday night’s game. Naturally, fans began to wonder whether that meant Santana will join the Red Sox as early as Thursday.

Alex Cora met with the media prior to their series finale against the Toronto Blue Jays, but didn’t have too much to say on the situation.

Cora also noted Santana still is in Worcester despite being out of the lineup, and is there working out.

With his .450 average, it wouldn’t be a surprise to see Santana sooner rather than later. 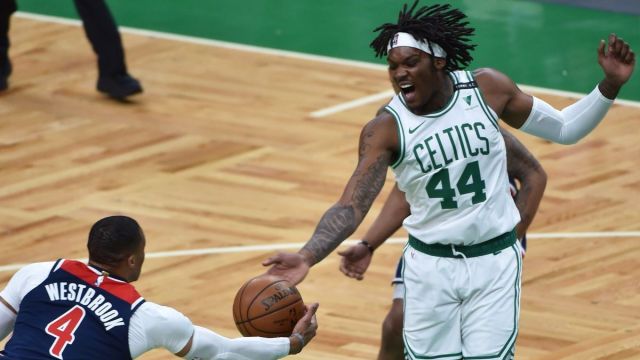 Robert Williams Did Not Practice, Still Day-To-Day Ahead Of Celtics-Nets