There’s really no way to dress up the New York Islanders’ performance against the Boston Bruins’ top line on Saturday.

It was not nearly good enough.

David Pastrnak recorded a hat trick for the B’s as they earned a 5-2 victory over the Isles in Game 1 of the Stanley Cup Playoffs second-round series. Two of Pastrnak’s goals came off rebounds, but even if they were opportunistic, the star winger too often had way too much time and space.

Asked what he felt like his team wasn’t doing right against the Bruins top line, Isles head coach Barry Trotz had a blunt response.

“Yeah, keeping them off the scoreboard,” Trotz said, over Zoom.

He then agreed on a follow-up question that spacing was not good enough.

“We’ve got to challenge them a little bit more, we backed off. They’re going to make plays, all of that,” Trotz said. “That being said, we’ve got to tighten up there.”

Trotz will have one day to get that message through to his team, as the Bruins and Islanders will meet again Monday for Game 2. The remaining series schedule was released Saturday night, and you can see it all here. 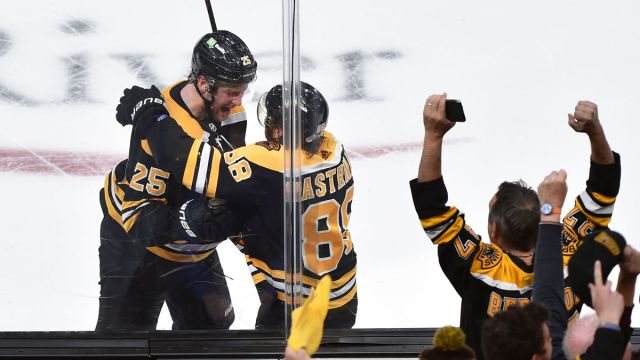 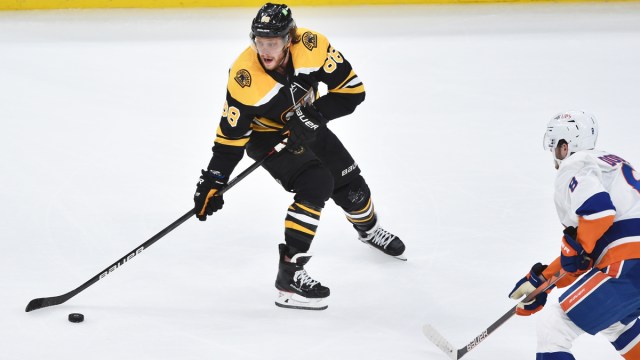