The McCourty twins are splitting up.

Veteran cornerback Jason McCourty on Thursday signed a one-year contract with the Miami Dolphins, according to reports from NFL Media’s Mike Garafolo and Ian Rapoport.

McCourty spent the last three seasons with the Patriots, teaming up with twin brother Devin in New England’s secondary. The duo won a championship together in 2018, with Jason McCourty registering a key pass breakup in the Patriots’ Super Bowl LIII victory over the Los Angeles Rams.

The soon-to-be 34-year-old became an unrestricted free agent in March and went unsigned until Thursday.

“I just want to be somewhere I’m wanted and (have) an opportunity to compete and help the guys around me,” Jason McCourty said earlier this spring during an appearance on NFL Network’s “Good Morning Football.” “As an older player now, I really look forward and love being able to mentor the younger guys and be able to kind of help them grow, as well as going out there competing and trying to win games.”

McCourty, who is entering his 13th NFL season, was a versatile defensive back for New England in 2020, playing in all 16 games while rotating between cornerback and safety. He also was one of the Patriots’ eight team captains. The Patriots will need to identify a new No. 3 outside corner behind Stephon Gilmore, J.C. Jackson and slot man Jonathan Jones.

Devin McCourty, the Patriots’ starting free safety and longtime co-captain, has one year remaining on his contract. New England and Miami will play each other twice this season. 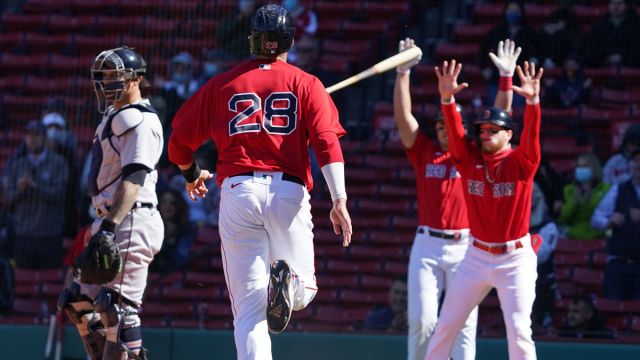