The Boston Red Sox haven’t had a strong start out of a pitcher since Nathan Eovaldi’s outing against the New York Yankees on June 4.

Sunday against the Toronto Blue Jays, that (hopefully) hit a climax. In an 18-4 loss, Boston gave up eight home runs, which is the most-ever hit in a game at Fenway Park. Starting pitcher Martín Pérez only made it 1 1/3 innings into the game.

“We need to do a better job, bottom line,” manager Alex Cora said after the game. “We’ll talk about it and we’ll make adjustments. I know these guys are capable. It’s been a horrible week for us, pitching wise. Obviously we had some comebacks and all that but for us to keep going and stay where we are, you know, we have to pitch. Obviously a bad week.”

Going back to that Eovaldi start in New York, the Red Sox have dropped four of those nine games, and starters have allowed 45 earned runs in 50.1 innings. All the while, the bullpen has done a lot of the heavy lifting to keep opponents at bay for Boston’s bats to climb back into it.

But as they get a lot of use out of their relievers over the week, the Red Sox were forced to use Ryan Weber — scheduled to start with Triple-A Worcester before being summoned for 5 2/3 innings Sunday — and then position players Marwin Gonzalez and Christian Arroyo on the mound.

For Cora, it is what it is, and the Red Sox don’t expect to deviate from the plan with their five starters. Especially with some rest days coming up.

“At the same time we’re in a tough stretch,” Cora said. “The plan coming into the season was to kind of use the depth of our pitching, right? And we haven’t been able to do that in a while, you know, pushing back. Now we got Thursday off, I’m looking at the schedule here, I got it right here. Thursday off so hopefully that’s going to help them out, right? I have an extra day to rest and then go through their progression during the week is huge and then we got Monday off again. So, right now, this is where we’re at. These five guys, they’ve been doing a great job for us over the course of the season, and we’re not going to give up, of course.”

— As Major League Baseball cracks down on pitchers using sticky substances to get more spin on the ball, staffs all over baseball are facing speculation. Cora says his team’s slump has nothing to do with that.

“I know the league is doing a good job with this stuff and they’re gonna come down with a memo, but I don’t think struggling has to do with sticky stuff, you know?” Cora said. “Those guys are really good too. And we have made a lot of pitches right in the middle lately and they’ve taken advantage of them.”

— The Red Sox haven’t been great in the first inning this season. Per Chris Smith of MassLive, they’ve allowed 42 first-inning earned runs in 66 games so far this season. That’s good for a 5.73 ERA in opening frames.

“At the end of the day we put ourselves in a bad position,” Cora said. “It’s not only not giving innings. We have to be better also in the front end, because yes, our offenses is good, but at the same time it’d be good to put a zero up and come back and we score, get the lead, and go from there.”

— The loss drops Boston three full games behind the Tampa Bay Rays for first place in the division. Toronto now sits 7 1/2 games out of second.

— There is a lot riding on Nathan Eovaldi’s start Monday to get the Red Sox going back in the right direction.

Boston still at least can tie up the series, with the fourth and final game of the set Wednesday starting at 7:10 p.m. ET. 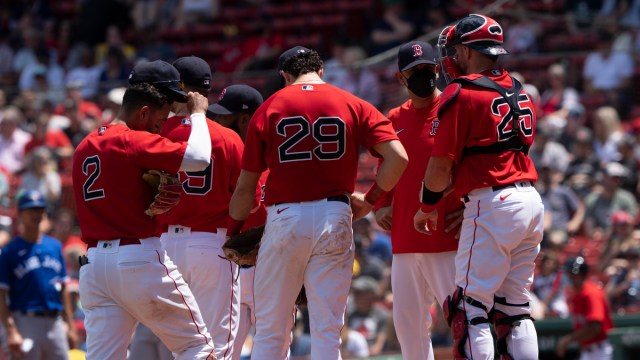 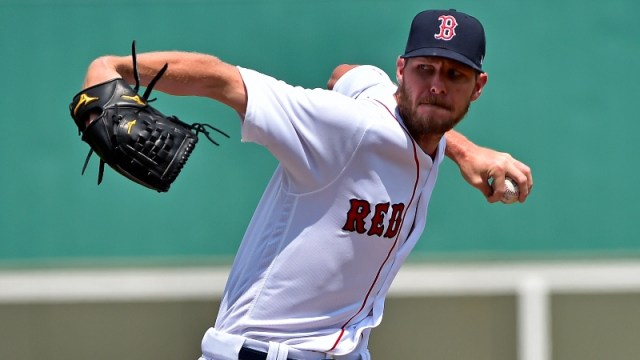