The Boston Red Sox rotation continued down a path they were hoping to veer off Sunday against the Toronto Blue Jays at Fenway Park.

Martín Pérez did not make it through two innings before getting pulled for Ryan Weber, who ate up five-plus innings. It was the shortest start by a Red Sox pitcher this season. And, unfortunately, the recent stint by Pérez was the latest in a string of bad starts dating back to Nathan Eovaldi’s appearance against the New York Yankees nine days ago.

Red Sox manager Alex Cora, who was looking on the bright side Saturday, changed his tune a bit Sunday. Cora admitted after Sunday’s loss it was a “bad week” for a “grinding” pitching staff. He harped on the fact the staff would have to make adjustments, and touched on what he believes could be the biggest one of all.

“We’ve made some big mistakes with two strikes, too, over the course of the week” Cora said on a postgame video conference, specifically noting a first-inning at bat from Toronto’s Lourdes Gurriel Jr. “We have to put them away in those counts, and we will. That’s probably the biggest adjustment — try to put guys away right away.”

Gurriel swung and missed on each of the first two pitches from Pérez in the first inning. Four pitches later — after a foul ball and two balls — he sent a second home run to left field, a 400-foot shot.

Gurriel’s home run was one of Toronto’s 13 in the last two games at Fenway. The eight home runs by the Blue Jays Sunday set a record for most ever at Fenway Park.

“They’re just putting good swings on pitches in the middle of the plate,” Cora said. “We’ve been preaching throwing strikes, right? Not pitching to the edges. Maybe we have to make an adjustment — elevate a little more or move some feet, maybe make them move their feet and we expand outside.

“We like to be aggressive in the strike zone, it’s been working. Obviously, it hasn’t worked this week, but we’re not going to deviate from our plan coming into the season.”

Cora and the pitching staff will have to make those adjustments on the fly with the Blue Jays set to return to Fenway on Monday night. First pitch is set for 7:10 p.m. ET, and you can watch it on NESN. 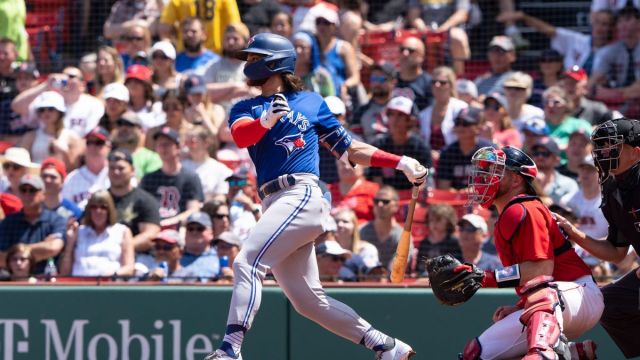 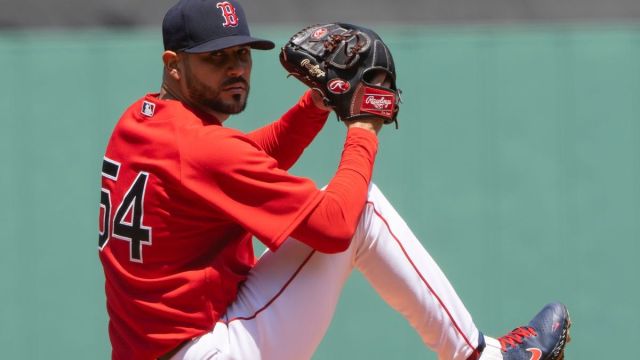