The trade deadline apple of Red Sox fans’ eyes apparently is headed to… the Yankees.

New York on Thursday night reportedly acquired first baseman Anthony Rizzo in a trade with the Chicago Cubs. Rizzo frequently was mentioned as a potential trade deadline target of the Boston Red Sox, who need a first baseman who can hit right-handed pitching with Bobby Dalbec struggling against righties.

The deal arrived roughly a day after the Yankees landed first baseman/outfielder Joey Gallo, a player who also would have made sense for the Red Sox.

So, what now for Chaim Bloom and Co.?

Well, there still are a handful of quality first basemen on the trade market. In fact, some of them arguably are better options than both Rizzo and Gallo.

Here are a few:

A second baseman for much of his career, Schoop now primarily plays first, though he has played at second this season. He also has experience at shortstop and third base throughout his nine-year big league career.

Despite being a right-handed batter, Schoop can hit righties just fine. He entered play Thursday with a .269 average and 10 homers against right-handed pitching this season. The 29-year-old also is a free agent this offseason.

Schoop is having one of the best campaigns of his career, owning a .284 batting average with 17 homers and 60 RBIs for the Detroit Tigers.

Kyle Schwarber — Washington Nationals
This one is complicated. But the Red Sox reportedly have shown interest in Schwarber, so we must mention him.

The 28-year-old catcher-turned outfielder has appeared at first base just once during his career. However, a move to first might make sense.

Schwarber, a left-handed hitter, was ridiculous earlier this season, hitting 25 home runs in 72 games with the Washington Nationals before suffering a serious hamstring injury in early July. He is expected to return sometime in the near future.

When he does, it might make sense to park him at first base in lieu of running around in the outfield. Plus, the Red Sox have shown a willingness to experiment at first base — Franchy Cordero and Christian Arroyo come to mind.

Schwarber will be a free agent after next season.

Carlos Santana — Kansas City Royals
Also scheduled to become a free agent in 2023, Santana would be a great fit in Boston.

The 35-year-old always has been an on-base machine, twice leading the American League in walks, including last season. He’s taken 61 free passes this year to go along with a .233 average and 17 homers. Santana also is a model of consistency with playoff experience, something the Red Sox surely value.

Would Santana be as sexy of an addition as Rizzo would have been? No, but you could argue he’s the better player.

Jesus Aguilar — Miami Marlins
Perhaps the best hitter mentioned so far, Aguilar would be a significant addition for the Red Sox.

The 31-year-old entered play Thursday with a .268 average to go along with 18 homers and a National League-leading 75 RBIs. He can flat-out rake, and actually hits righties better than he does lefties, despite being a right-handed hitter.

Aguilar is somewhat of an up-and-down player, alternating between good and bad seasons. But this campaign has been one of his best.

He also is under team control until 2023.

C.J. Cron — Colorado Rockies
Cron, a right-handed batter, only is hitting .227 this season against righties — although he does have nine homers. So, he’s not the perfect solution for what Boston needs.

However, Cron is a decent hitter who is hitting .245 with 14 homers this season as the Colorado Rockies’ primary first baseman. His best season came in 2018 when he belted a career-high 30 homers for the Tampa Bay Rays.

Of all the players on this list, he probably would be the least expensive. 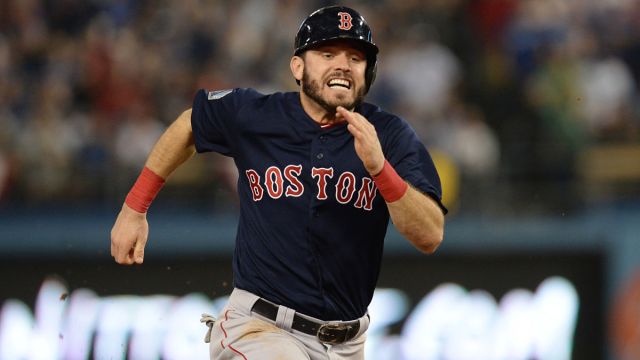 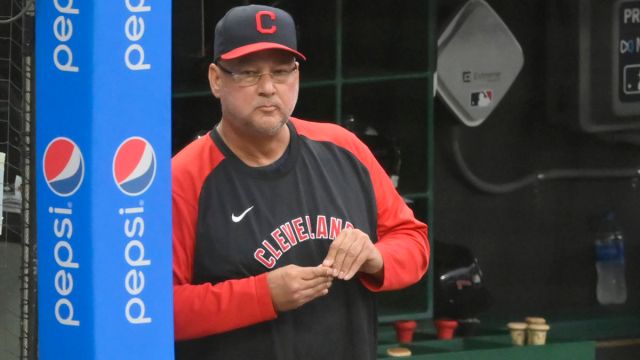