After taking a year off, the Red Sox once again are poised to be buyers at the Major League Baseball trade deadline.

Tied with the Houston Astros for the second-best record in baseball, Boston nevertheless has holes it must fill before it can make a serious run at a World Series championship. And, armed with an on-the-rise farm system, chief baseball officer Chaim Bloom seemingly has the tools at his disposal to accomplish any deal he wants.

But what do the Red Sox need? What should their strategy be?

With the July 30 trade deadline just days away, we put together a to-do list for Boston.

Is the solution a revolving door of Dalbec, Franchy Cordero, Christian Arroyo and Marwin Gonzalez? Maybe, but an upgrade would make a lot of sense.

In all likelihood, Triston Casas is the first baseman of the future for the Red Sox. However, he likely won’t debut until next summer, at the earliest. So, unless some wild blockbuster is in the cards, the Red Sox probably would prioritize a veteran rental or a player with no more than one year remaining on his contract.

Perhaps an outright replacement for Dalbec could be acquired, but he’s produced enough offense against lefties — and played well enough at first base — to avoid any permanent benching. Plus, he’s a young player with massive power — you don’t just give up on someone like that.

As for potential targets, Anthony Rizzo has become a popular name on the Red Sox rumor mill, and for good reason. He’s left-handed, will be a free agent after this season and his declining-but-good-enough performance — .244 average with 12 homers in his first 89 games — should keep the price low.

For what it’s worth: Buster Olney believes Rizzo ultimately will land in Boston.

Kansas City Royals slugger Carlos Santana also could be a decent fit, although to a lesser degree. The Eric Hosmer situation in San Diego is worth monitoring, too.

Starting pitcher
Obviously, a frontline starter would be a significant addition for the Red Sox — or any team, for that matter. But such a player typically generates a massive bidding war, and we doubt Bloom currently is willing to enter that kind of fray.

But a mid-rotation starter? That could be a game-changer for this team.

Let’s go down the rabbit hole for a minute: What are the major differences between this year’s Red Sox and the 2018 team? Specifically, how does the current version of the Red Sox compare to the team that Boston brought into and through the 2018 postseason?

You could argue the offenses are nearly equal, with the ascension of Rafael Devers, the addition of Alex Verdugo and the excellence of Xander Bogaerts offsetting the losses of Andrew Benintendi and Mookie Betts, neither of whom hit much during that postseason. The biggest difference might be Mitch Moreland — hence the search for a left-handed first baseman.

The 2021 bullpen is better, and it really isn’t close. As for the rotations, the 2018 group was better, but the margin isn’t as big as you might think.

Remember: Chris Sale was hurt/limited down the stretch and was a shell of himself during the playoffs, despite recording the final out of the World Series. Honestly, we’re confident the Sale the Red Sox will get in a couple weeks will be better than the October 2018 version.

Nathan Eovaldi still is here, and better than ever. Despite his spotty performance this season, you should trust Eduardo Rodriguez more now than you did a few years ago. Rick Porcello was gutsy and mostly effective during the 2018 playoffs, but Nick Pivetta shows similar moxie and might be better.

So, the main difference is David Price, who, after an iffy first start that postseason, was great the rest of the way. But let’s not revise history: Price was somewhere between a No. 2 and No. 3 starter that year, and you’re lying if you say you had full confidence in him during the playoffs.

Can a similar player be found at this year’s deadline? They won’t come cheap, but they also shouldn’t force the Red Sox to break the bank.

As for Tanner Houck, his future could be in the rotation, but currently he might be most effective as an electric multi-inning reliever. Think a right-handed Andrew Miller.

If the playoffs started this week, the Red Sox would be justified in feeling supremely confident in their bullpen. However, their closer and setup man — Matt Barnes and Adam Ottavino, respectively — both are on pace to set career-highs in appearances. Rookie sensation Garrett Whitlock looks capable of high-leverage innings, but he’s in his first season post-Tommy John surgery.

You just can’t proceed under the assumption those three players will be always available, let alone at the tops of their games, in two months.

A trade for a decent, middle-innings reliever probably would be enough, but why not strive for more? If it’s out there, a move like the one that brought former Mets closer Addison Reed to the Red Sox in 2017 might make sense. That trade only cost Boston one prospect — Jamie Callahan — who never appeared in the SoxProspects.com top 20. He, and the other two players involved, wound up being total no-names.

Again, we think that kind of move would be a great idea. But, if the Red Sox say they’re comfortable taking their current relievers, including Houck, and multiple starters capable of 2018-like “roving” into the playoffs, we wouldn’t argue.

Outfielder
It’s way too early to judge Jarren Duran. He’s swung and missed a lot since his promotion, but he’s also shown flashes of what makes him such a fascinating prospect. We’ll see how it goes.

But even if Duran proves unplayable, the Red Sox always could put Kiké Hernández back in center field, Verdugo back in left and, of course, leave Hunter Renfroe in right. Duran, Cordero and Gonzalez all could provide depth, assuming health.

So, the outfield, once viewed as a weakness, now is a strength. The Red Sox probably don’t need to add anyone, unless they want a depth piece more reliable than Cordero and/or Gonzalez.

That said, a trade for a star outfielder — the Red Sox reportedly have sniffed around on Starling Marte — would be awfully interesting, and also serve as a strong counter to the Tampa Bay Rays’ acquisition of Nelson Cruz.

Infield depth
Boston is set at third base and shortstop, and we already talked about first base.

But second base? There’s a conversation to be had. Plus, you never can have too much infield depth.

There are two variables at play: Duran’s performance and Arroyo’s health.

If Duran sticks in the outfield, then Hernández can stay at second base and nothing really needs to change. However, if things go sideways for the rookie and Boston doesn’t add an outfielder, then Hernández likely returns to center field.

That would be fine if Arroyo, who’s been really good when healthy, could stay on the field. But he now is on the injured list for the third time this season. It’s not hard to imagine a scenario in which Gonzalez (also currently on the IL) and his near-Mendoza line batting average start meaningful games down the stretch. Jonathan Araúz also could factor in.

Again, adding an infielder shouldn’t be a top priority. But don’t be surprised if such a trade takes place. 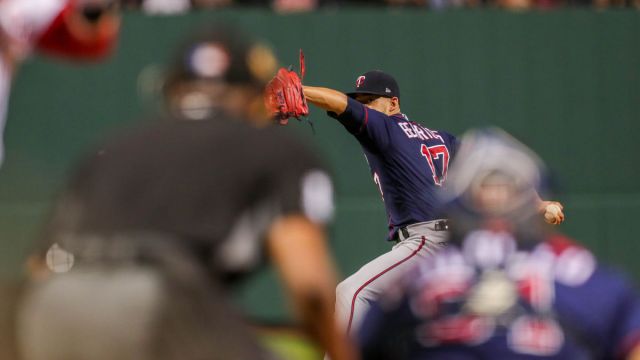 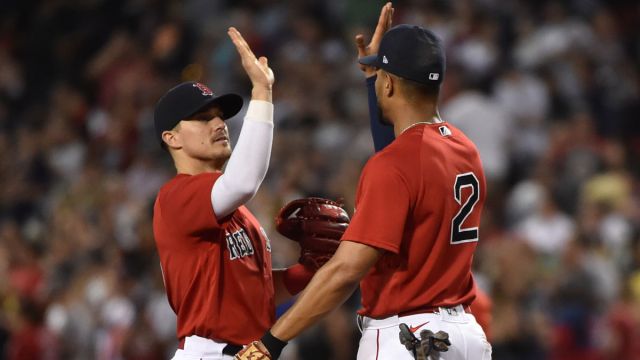