From beginning to end, Alex Cora expressed Saturday’s win over the Baltimore Orioles felt like a playoff atmosphere. Chris Sale, meanwhile, says he didn’t feel anything at first.

“I don’t know if I felt one step out to the bullpen,” Sale said over Zoom after making his season debut for the Boston Red Sox, starting for the first time in two years.

“It was amazing. What can I say? These fans have had my back since the day I got here and I’m appreciative of that. These guys come and pack the house for us on a nightly basis. They’re very, very passionate. That’s a lot like how I do my work. I care a lot. I’m very passionate when I pitch. I put a lot of effort and work into this. Our fans bring the same energy.”

It would be hard for Boston fans not to provide Sale with that support. His teammates certainly did with runs, allowing him to feel out an impressive first day back at work that saw two back-to-back homers, but also eight strikeouts and no walks in five full innings of work.

“That was everything,” Sale said of the help he’s gotten along the way. “These guys, they’ve had my back since the jump, you know? My family too. I’m very, very lucky. I’m very fortunate and through all this, I’ve been able to realize that. I’ve had some bad days over the last couple of years but they’re not compared to a lot of people’s bad days, and perspective has helped me out a lot. I mean, hell, I was on top of the world. I threw the last pitch of the World Series. Show up to spring training, sign this huge freakin’ contract. And like that, gone.

“This thing was taken from me for two straight years and I realized how much I needed this game and how much I needed my teammates and how they made me feel complete again. I had a hole in my chest for the last two years and it sucked. And for those guys to be there — it was a special moment. I’ve got a lot of people I have to thank.”

The journey doesn’t end here. Saturday certainly felt like the affirmation of his potential, now that we’ve finally seen how Sale would do against big league hitters.

“He was amazing,” Cora said postgame over Zoom. “He was great. Today was a special day for this organization. … Today was one of those days that you feel very proud to be a Red Sox. It’s kind of like the same thing we had on Oct. 28, 2018. We accomplished something huge for us.”

Cora isn’t usually around when players take the field for the first time, but made sure he was down on the grass when Sale did.

When the ace took the field again — this time headed to the mound to throw the first pitch of the game — Sale received a standing ovation.

“I didn’t want to miss it,” Alex Cora said. “It felt like a playoff atmosphere, whenever the starter goes out and everybody gives him a standing ovation to get them going.”

Cora shared how special the postgame celebration was. Sale spoke to the team, and the manager said he’d remember the moment for the rest of his life.

Here are some more notes from Saturday’s Red Sox-Orioles game:

— Speaking of momentum, Bobby Dalbec has it. After his three extra-base hits Friday night in the series opener, the first baseman went 2-for-4 with two home runs and three RBIs. He’s batting .407 in the month of August with 10 RBIs this homestand.

— Alex Verdugo may have activated his “dad strength.”

After missing a few games for the birth of his son, the outfielder has returned and continued his uptick in offense. Saturday against the Orioles, Verdugo recorded his first four-hit game of the season (4-for-5, three runs, one RBI). That’s his second time game in three games he finished with at least three hits.

Bogaerts was drilled in left hand in bottom of first, but stayed in the game through six frames and went on to go 3-for-3 with two hits and an RBI, despite dealing with an ailment in the same hand earlier this season. Crisis averted, it seems?

— It was a busy day for milestones at Fenway Park. In addition to Sale’s first start in two years, Bogaerts made his 1,000th start at shortstop and J.D. Martinez earned his 10th year of MLB service time.

— The Red Sox now can sweep their first series of the month Sunday, with a finale against the Orioles at 1:10 p.m. ET. Catch all the action on NESN beginning at noon. 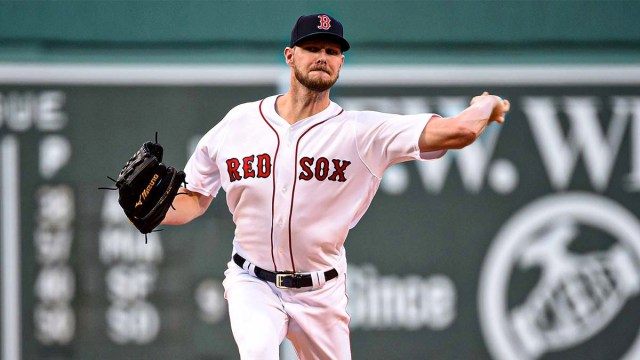 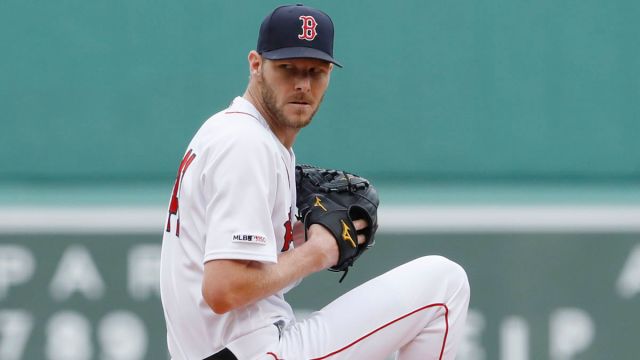 Where Chris Sale Ranks Start Vs. Orioles Among Most Memorable Outings