Jayson Tatum has a pretty good sense of style, which means he probably has a good eye as to what looks good on others.

Or maybe he just misses one of his former teammates and doesn’t like the fact he’s on a different team.

Tacko Fall instantly became a Celtics fan favorite and was beloved by his team during his in Boston. Chants of “We want Tacko” constantly flooded TD Garden before erupting with cheers when he checked into the game.

The 7-foot-5 big man signed a one-year, non-guaranteed deal with the Cleveland Cavaliers in the offseason after being with the Celtics since 2019. The move saddened C’s fans, and Tatum clearly misses him, too.

NBA skill coach Drew Hanlen posted a photo of a drawing to Instagram that included 13 players from different teams across the league. Included was Tatum in his Celtics uniform and Fall in his new Cavs threads.

Green may look better on Fall, but the Cavaliers’ colors are a close second. 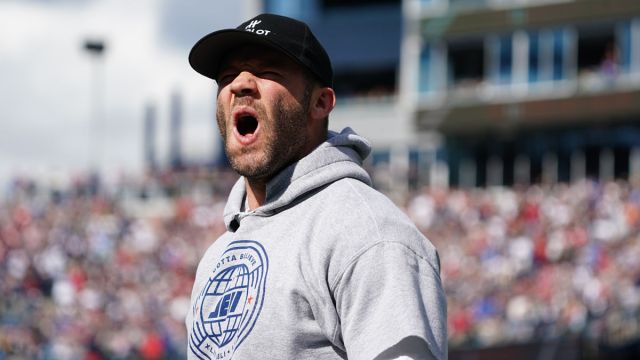 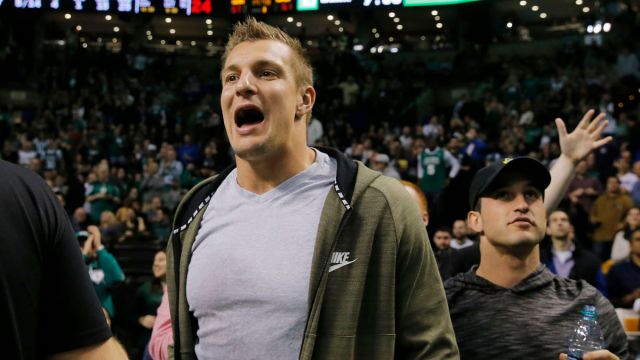 Rob Gronkowski Reveals What He (Randomly) Misses Most About New England