Kutter Crawford was sitting on a plane in the early hours of Saturday morning, running through scenarios about if (or when) he would make his big league debut for the Boston Red Sox.

It came in a loss against the Cleveland Indians on Sunday afternoon with family, friends and his college coach in the stands at Fenway Park. And it capped a period of time which included a whirlwind of emotions given the fact Crawford didn’t land in Boston until 4:30 a.m. Saturday morning after his connecting flight from Charlotte was delayed for hours. Oh yeah, and when he did land, he had zero idea he would be starting his first game 30 or so hours later.

As if he wasn’t dealing with enough anxiousness and uncertainty already, the fact Crawford was relatively put on standby due to the COVID-19 outbreak in the Red Sox clubhouse didn’t make the process much easier either. Now, though, Crawford is a major leaguer and as manager Alex Cora told him on the mound before getting pulled in the third inning, nobody can take that away from him.

“Obviously that’s my dream to make my major league debut so being on standby it wasn’t the easiest thing to do,” Crawford said on a postgame video conference, “but (I) also knew that whenever I got my opportunity I needed to make the most of it whether that would have been yesterday, today or whenever that day would have been.

“Unfortunately it didn’t go as I wanted to, but we live and we learn and going to keep making adjustments and keep moving forward,” Crawford said.

Crawford, 25, was pulled after allowing five runs on five hits in two innings of work. Cora, however, said he was impressed with how Crawford threw the ball and controlled the strike zone.

Here are some other notes from Red Sox-Indians on Sunday:

— Crawford made his debut Sunday in place of starting pitcher Nick Pivetta, who was placed on the team’s COVID-19 Related Injured List. Cora is hopeful to see Pivetta soon, though.

“I don’t know the details about it, obviously testing comes into play and all that and I don’t how often there’s testing, but hopefully that’s the case,” Cora said.

— And shortly after Pivetta was placed on the list, the Red Sox added Danny Santana as player No. 11. Cora, however, provided some insight on Santana’s condition and said while he’s not feeling well, the utility man has tested negative multiple times.

Cora isn’t yet sure when Santana will return to the lineup.

— Cora explained how Garrett Whitlock was warming up in the Red Sox bullpen so if Boston had tied the game or took the lead he would be ready to enter the game. The Red Sox never did that so instead it was Phillips Valdez who was used for the ninth inning. Valdez allowed five runs to the Indians in the frame.

Cora still depicted his long-term view of why he can’t be managing for one game — especially one the Red Sox are trailing.

— Boston will open up its three-game series against the Tampa Bay Rays on Monday at Fenway Park. 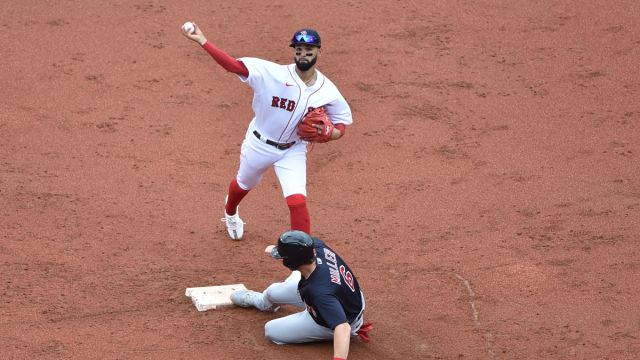