The patience of the Boston Red Sox paid dividends Tuesday against the New York Mets at Fenway Park.

The Red Sox had opportunities early and although they didn’t capitalize, Boston never broke from its steady approach against the Mets starting pitcher Marcus Stroman. The Red Sox ultimately took advantage in the fifth inning thanks to timely hits, and two long balls by Xander Bogaerts and Kiké Hernández in the 6-3 win.

“We put good at bats against him (Stroman). He’s a really good pitcher and the way he uses his pitches, sinker, cutter, he kind of frustrates you. Because he nibbles and then he elevates,” manager Alex Cora said over Zoom after the game. “I think we did a good job controlling the zone. His stuff was really good.”

“Then after that, just stay within ourselves,” Cora said. “You have to be very patient. You have to be very discipline against Stroman. You have to do it and we did an outstanding job. Obviously with two big swings, one by Enrique and one by Xander that was it. But I think approach-wise, Timmy (Hyers) and Pete (Fatse) talked the whole day, you can’t chase him around the zone because if you do that you’re in trouble.”

Adjustments were key throughout the contest as the Red Sox tried to get to Stroman with their biggest hit coming from Bogaerts, a two-run shot, in the fifth.

“He was good man, to be honest. He threw me some sliders in my second at-bat with the bases loaded. I mean his ball was moving like a whiffle ball with those sliders today,” Bogaerts said of Stroman after the game. “The next at-bat I tried not to chase and got myself in a good count, 3-1. I was able to hit a pitch he left pretty much over the middle of the plate.”

Here are some more notes from Tuesday’s Red Sox-Mets game:

? Boston’s bullpen has been red-hot during the win streak earning its fifth win during the stretch after allowing just one run in 4 2/3 innings against the Mets.

During the the win streak the Boston bullpen has been extremely impressive allowing a meager four runs across 27 2/3 innings (1.30 ERA) with 30 strikeouts.

“This game is whoever scores the most runs. Our pitching, our bullpen is doing phenomenal,” Bogaerts said. “Any time you put up either way from four to six (runs) you feel pretty good. You know your chances are pretty good especially the way they’ve been throwing the ball.”

? Bogaerts has been a man on a mission since returning from the COVID-19 related injured list and kept it going Tuesday.

The Red Sox shortstop entered the clash with a .333 average in nine games since returning to the lineup, and continued to mash finishing the night 2-for-3 with his 23rd home run of the season and four RBIs.

The Red Sox broke out the Boston Marathon-themed jerseys in their win over the Baltimore Orioles on Sep. 17 and have now worn them in four straight wins.

? Chris Sale will take the hill as Boston’s quick two-game series with the Mets concludes Wednesday night, and you can watch it live on NESN at 7:10 p.m. ET. 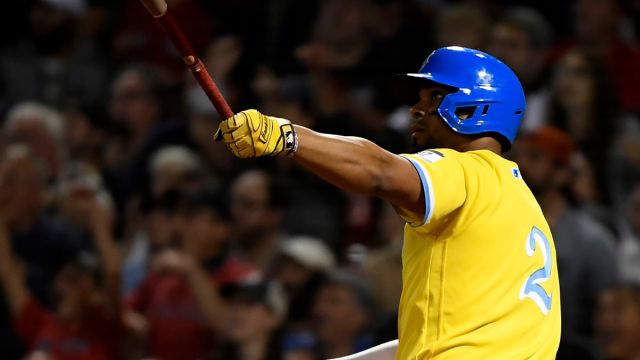 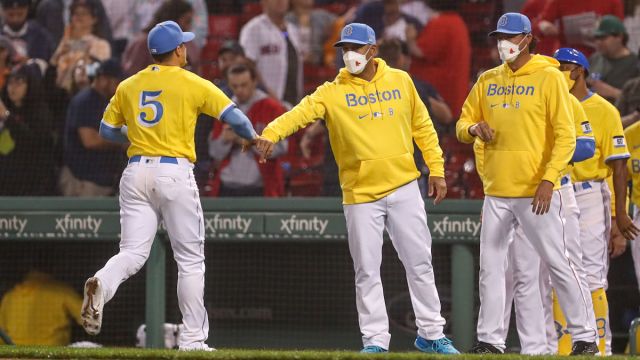