“Thursday Night Football” between the New York Giants and Washington Football Team was an absolute roller coaster, especially for those who placed a wager on the contest.

Washington moneyline bettors, though, were the real winners after the Football Team pulled out a thrilling 30-29 Week 2 victory.

And they have Giants defensive lineman Dexter Lawrence, among others, to thank for it. Lawrence awarded the Football Team a second chance at victory after he jumped offsides on what proved to be a missed 48-yard field goal by Washington kicker Dustin Hopkins as the seconds ticked off the clock.

The penalty gave the Football Team another opportunity to kick the game-winner with no time on the clock, and Hopkins put it inside the right upright from 43 yards out. Ballgame.

It was an absolutely brutal blow to all Giants fans, and bettors who had New York moneyline.

Especially seeing as though that game-altering mistake wasn’t New York’s only miscue.

The Giants could have taken a two-possession lead with six minutes remaining as receiver Darius Slayton benefitted from a botched coverage in the Washington secondary. Slayton, who had 13-plus yards of separation according to ESPN’s Next Gen Stats, however, let the ball slip through his finger tips as he crashed to the ground.

The Giants were forced to settle for a field goal, extending their lead to 26-20 with 4:50 left, but that was erased just two plays later as Washington quarterback Taylor Heinicke led a quick-strike, 75-yard scoring drive. Washington took a 27-26 lead with 4:33 remaining.

Lastly, the Giants, after punting the ball back to Washington, were granted another gift as Heinicke threw an interception on Washington’s next possession. New York took over at the Washington 20 yard line, but gained just three yards in the next three plays. The Giants instead settled for a field goal to erase the deficit and take a 29-27 lead with two minutes remaining.

That, of course, wouldn’t last. Heinicke and the Football Team covered 50 yards in 10 plays before Hopkins kicked the game-winner on his second attempt. 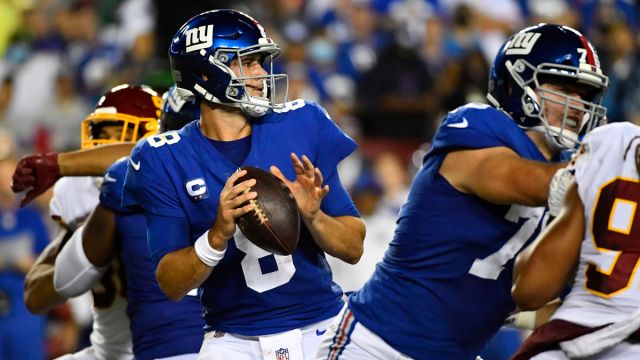 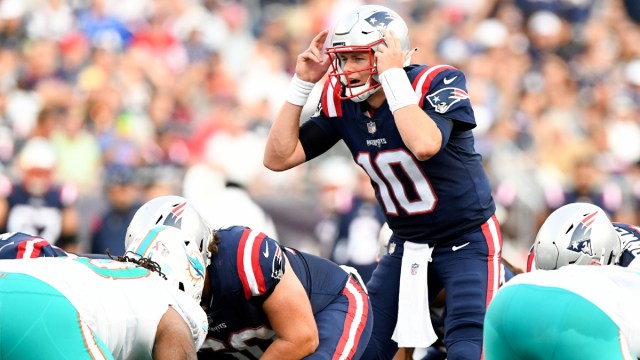