Red Sox manager Alex Cora hinted at the fact that Boston would give the ball to Nick Pivetta to start Game 4 of the American League Championship Series on Tuesday, and that officially will be the case.

Cora revealed Pivetta will get the start after the Red Sox didn’t need to go to him out of the bullpen during Monday night’s Game 3 win over the visiting Houston Astros at Fenway Park.

The veteran right-hander, while certainly is known for his name, has not started a game since Sept. 19 when he went four innings against the Arizona Diamondbacks. He went 11-6 with a 4.16 ERA in 29 starts this season. Greinke, however, has pitched just one inning during the playoffs, entering in relief during Game 3 of Houston’s AL Division Series against the Chicago White Sox on Oct. 10.

Astros manager Dusty Baker explained how Houston will be looking for Greinke to go as long as he can, not just in a typical opener role. Baker specifically mentioned Greinke’s endurance as he missed time in September due to a COVID-19 test and another stint on the injured list with neck soreness, which hindered his ability to build up his strength before the end of the season, and thus got him moved into the bullpen.

The Red Sox were able to give its valuable bullpen arms another day rest given the fact Eduardo Rodriguez pitched six full innings during Monday’s 12-3 win at Fenway Park.

“The fact that (Rodriguez) went six innings was very important for us,” Cora said after the game, as seen on NESN’s postgame coverage. “It’s three games in a row against a great team. To be able to rest the bullpen for tomorrow, is huge. And he understood that.”

The Red Sox used Hansel Robles, Hirokazu Sawamura and Martín Pérez out of the bullpen Monday. Cora noted before the contest that Game 2 starter Nathan Eovaldi would be available out of the bullpen, but the right-handed ace was not needed in relief. It means Eovaldi could potentially see an inning Tuesday.

Pivetta has been good for Boston this postseason in his two appearances out of the bullpen. He went 4 2/3 innings in Game 1 of the ALDS against the Tampa Bay Rays and went another four innings on two days rest during Game 3 in the same series. He has allowed three runs on seven hits in 8 2/3 combined innings.

First pitch from Fenway Park is set for 8:08 p.m. ET, and you can watch pregame coverage starting at 7 p.m. on NESN. 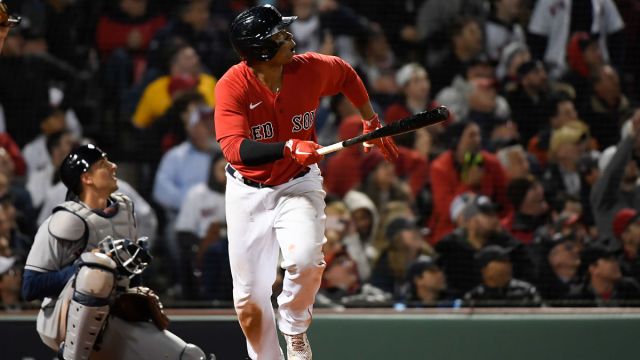 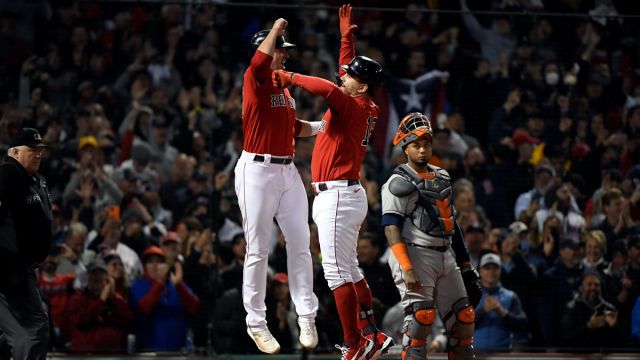