Handicapping AFC: These Teams Are Better Than Patriots After Week 7 Skip to content

So, just how good are the Patriots?

With New England at 3-4 and very much a work in progress on both sides of the ball, it’s hard to make a call either way. And the same can be said for the rest of the teams in the AFC, as we still haven’t reached the midway point of the season.

However, with seven weeks now in the books, it’s fair to start handicapping the conference, in which New England currently ranks ninth. So, we decided to break down which teams are better and worse than the Patriots, using tiers.

(You can click here for the full NFL standings.)

DEFINITELY BETTER
Buffalo Bills (4-2)
The Patriots and Bills probably are a bit closer than many would believe, but Buffalo definitely has more talent and, for now, the better quarterback. The history of this “rivalry” can’t be discounted, but neither can the fact that the Bills won the division last year, while twice beating the Patriots, and once again look like contenders in the AFC.

Sorry, Patriots fans: The Bills now are the clear-cut best team in the AFC East.

Cincinnati Bengals (5-2)
They might be legit. Joe Burrow looks like a superstar, and his weapons, led by rookie phenom Ja’Marr Chase, are excellent. Cincy also has an underrated defense to compliment its explosive offense. We wouldn’t put it past the Bengals to lay an egg in a theoretical mathup with the Patriots, but they currently are the better team.

Kansas City Chiefs (3-4)
Yeah, they’re 3-4 and Patrick Mahomes has not looked good, but don’t buy too much into that. The Chiefs, despite their bad defense, are too talented to not be dangerous come playoff time. The Patriots hung with them last season, and probably could this year, but Kansas City still is a cut above New England.

Baltimore Ravens (5-2)
Basically, the same logic we used with the Chiefs applies with the Ravens. New England beat Baltimore last season, but you’re kidding yourself if you think the Patriots currently are better than the Ravens. At the very least, Bill Belichick’s slow, old defense would have a really hard time stopping Lamar Jackson and Baltimore’s offense.

Tennessee Titans (5-2)
These two teams will square off in Week 12, so we won’t have wait long to see how they truly stack up against each other. But if they played this weekend, it’s hard to imagine the Patriots’ iffy run defense not being run over by Derrick Henry. Still, the Titans did lose to the Jets, so there might be some fool’s gold in Tennessee.

PROBABLY BETTER
Los Angeles Chargers (4-2)
The Patriots and Chargers will play this weekend, and something tells us New England won’t win 45-0 again. That game was an anomaly — Cam Newton threw for just 69 yards. Plus, Anthony Lynn was the head coach in Los Angeles, and he clearly was no match for Belichick. This season’s Chargers are different, and Justin Herbert is even better than he was in his rookie campaign. They’re really good.

Las Vegas Raiders (5-2)
The Raiders barely beat the Dolphins and also lost to the Chicago Bears, but they also have wins against the Ravens and Steelers. So, you have to put them above the Patriots, even if their 5-2 record is somewhat misleading.

Cleveland Browns (4-3)
Cleveland shouldn’t hang its head over losses to the Chiefs, Chargers and undefeated Arizona Cardinals. But the Browns have been frustratingly inconsistent this season and at times have looked, well, like the Browns. Plus, Baker Mayfield’s laburm injury is a concern. That said, Cleveland’s offense and defense both are better than New England’s until further notice. The Patriots and Browns will play each other in a couple weeks in a game that could have huge playoff ramifications.

WASH
Pittsburgh Steelers (3-3)
The Steelers are hard to figure out. Ben Roethlisberger has looked terrible, but their weapons on offense are better than what the Patriots have. Similarly, Pittsburgh’s defense hasn’t met preseason expectations, but last year was the best unit in the NFL. The Steelers barely get the nod over the Patriots for now, but we could go either way.

Indianapolis Colts (3-4)
We’re not high on the Colts, as Carson Wentz is too difficult to believe in. But Indy is well coached, has a great young running back in Jonathan Taylor and its defense is solid. Like the Patriots, the Colts have hung around with good teams this season, indicating they’re better than their record.

Denver Broncos (3-4)
Denver’s narrow defeats at the hands of the Browns and Los Angeles Rams are its most redeeming performances of the season. Kind of sounds like the Patriots, actually. The Broncos are non-factors in the AFC, but their record nevertheless is as the same as New England’s, which counts for something.

DEFINITELY WORSE
New York Jets (1-5)
The Patriots are 2-0 against them this season, including a 54-13 demolition Sunday at Gillette Stadium. Enough said.

Jacksonville Jaguars (1-5)
Trevor Lawrence is a star in the making, but Urban Meyer might be a firing in the making. Jacksonville remains a total disaster but, in Lawrence, has hope for the future.

Miami Dolphins (1-6)
They beat the Patriots in Week 1, but that was Mac Jones’s first game and New England would’ve won had Damien Harris not fumbled on the goal line late in the fourth quarter. The Dolphins are a total mess, and Tua Tagovailoa doesn’t look like the answer at quarterback. Obviously, this assessment could change if Deshaun Watson eventually lands in Miami.

Houston Texans (1-6)
The worst team in football. Patriots fans still should be alarmed that New England barely beat Houston a few weeks ago. 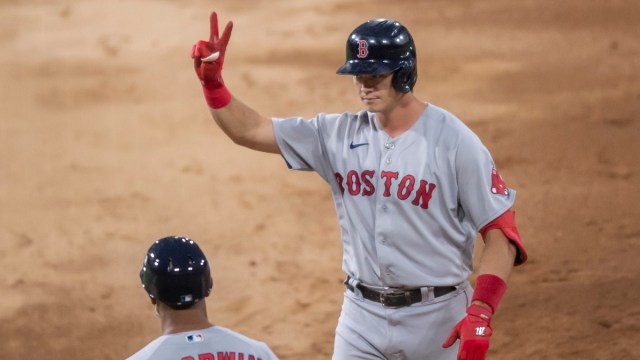 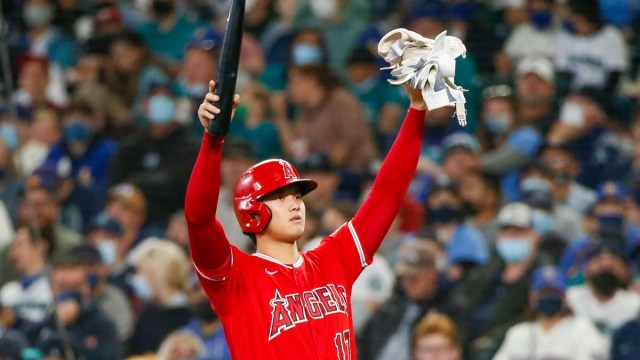