The Boston Red Sox made it deeper into the postseason than many perhaps anticipated, but an underlying issue they had all season flared up at the worst possible time.

Between Games 4-6 of the American League Championship Series, the Red Sox’s bats went silent, and hitters went 0-for-17 with runners in scoring position during that stretch.

Boston struggled in this department throughout the 2021 campaign, and it’s what ended their season two wins short of the World Series. But looking back, recency bias makes it a bit surprising to see that Chrisian Arroyo, Hunter Renfroe and Bobby Dalbec were among those who stepped up in this department.

Per Red Sox Stats on Twitter, Arroyo and Renfroe managed to drive in the most runs this season, with Bobby Dalbec coming in at fourth behind J.D. Martinez.

Arroyo spent a lot of time on the injured list, not being able to catch a break. Despite inconsistent time at the plate, he drove in 17.8% of baserunners on during his appearances, with 25 RBIs and six home runs. His sample size of 107 runners on is smaller than others, though, having played in just 57 games.

Renfroe brought 17.3% of teammates home, but didn’t offer that same boost in the ALCS. Dalbec, who didn’t get many at-bats in the postseason and finished with a .240 average after a slow offensive start, scored runners 16.6% of the time.

For perspective, the Major League Baseball average is around 14% for everyday players, and eight members of the Red Sox fell above that threshold.

You can’t quite measure clutch, but this is on the right track to that. 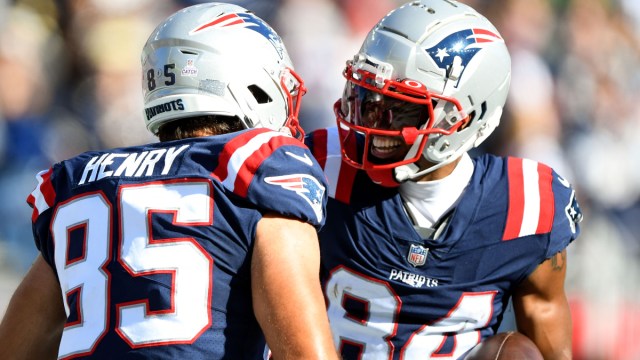 Handicapping AFC: Which Teams Are Better Than Patriots Through Week 7?